Karimi, who was born without arms, fled his home country of Afghanistan at age 16 and lived in refugee camps before making it to the U.S. to swim competitively. In 2017, at the World Para Swimming Championships in Mexico City, he made history in the men's 50-meter butterfly as the first refugee athlete to reach the podium.

The 24-year-old now lives in Fort Lauderdale, Florida. He’s nervous but excited to compete in Tokyo as part of the Paralympic Refugee Team.

“My dream came true,” he says.

During the height of the COVID-19 pandemic, Karimi says he couldn’t swim for four months. With gyms closed too, he kept running and working out without weights to stay in shape.

Fans aren’t allowed to attend the Tokyo Olympics, but it’s unclear what the rules are for the Paralympics, which take place two weeks after the Olympic closing ceremonies. But empty stands are nothing new for Karimi: The two meets he’s competed in this year didn’t allow fans.

When Karimi was 16, his older brother helped him get a passport and the two flew from Afghanistan to Iran together. He then embarked on a long journey to get to Turkey.

At that point in his life, Karimi hadn’t started swimming yet.

“I had to start from zero. And I had to find a coach, a team and everything,” he says. “I was nobody.”

Karimi moved between four refugee camps in different cities, meaning he needed to find a new coach or team each time. At his first race in Afghanistan, he swam in the breaststroke and backstroke events.

Now, Karimi swims in the butterfly — “one of the hardest” strokes in swimming, he says. He propels himself out of the water by swiftly kicking his legs together like a dolphin, a move that took years of hard work to perfect.

Butterfly swimmers with arms breathe after every kick, Karimi says, but swimmers without arms come up for air every four or five kicks.

“The more we breathe, it slows us down,” he says. “So we have to keep going. We have to have a very strong, long breath so we can handle it.”

The Paralympic Refugee Team is comprised of six refugee athletes who represent more than 80 million displaced people around the world, including 12 million who are living with a disability. Most teams have a homeland in common, but this team shares something else: They all had to flee their home country. 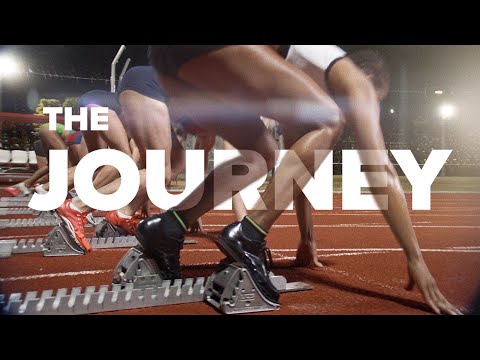 The team hopes to “make the world a better place” for everyone, Karimi says. For him, representing millions of displaced people is an honor.

“We all want to do something positive,” he says. “And sport can build friendships … and we can create peace through sport.”

For the young kids with disabilities who will watch him compete at the Paralympic Games, Karimi says it’s what’s in a person’s heart that matters most.

“No one is the same in this world and everyone is different,” he says. “But we all have to accept [ourselves] and accept each other the way we are.”

Ashley Locke produced and edited this interview for broadcast with Chris Bentley. Allison Hagan adapted it for the web.