For a little more than a decade, married North Carolina couple Emily Frantz and Andrew Marlin built a loyal following with their band Mandolin Orange.

They put out six albums under that name. But for the latest, they made a big change.

Watchhouse refers to a cabin on the Chesapeake Bay that Marlin visited during his teenage years with a close friend’s family. Located two miles offshore without any electricity or phones, the house gave visitors space to simply be with each other.

“I feel like that's where I want people to feel like they can go when they listen to our music — somewhere in their mind that they only allowed their closest friends and their most intimate thoughts to go,” he says, “because that's where this music comes from.”

The band recorded its latest album, also named “Watchhouse,” before deciding to go through with the name change. The music reflects “the naturally occurring evolution” of the duo’s sound, Frantz says.

“Maybe it will change more in the future because we don't have any of the probably self-imposed limitations that we might have felt like we had before,” she says, “or not even limitations, but just the expectations that we internalize, even though we don't want to.” 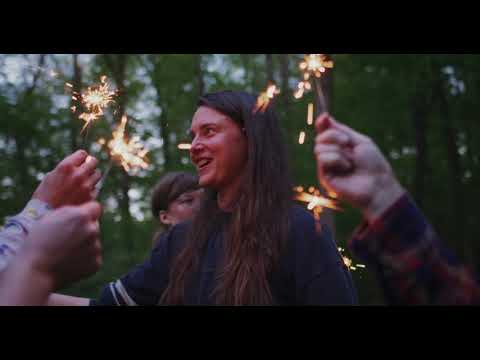 One big change that came for Frantz and Marlin in 2018 — the birth of their daughter, Ruby — inspired many of the songs on the album, Frantz says.

“I think it's a much more hopeful album than a lot of the music we've made in the past,” she says. “And it's always fun and extremely satisfying to sing together and hear the way our voices can make a chord together. That never really goes away.”

In the song “Lonely Love Affair,” Marlin sings about having a “stranger” in his house, which he says refers to himself, not his daughter. When he saw his daughter for the first time, he got a strange feeling of forgetting how to exist as himself and write songs.

Now a couple of years in, he’s still figuring parenthood out and often questions if he’s giving his daughter everything she needs to succeed. An “inherent loneliness” comes with the realities of parenthood, he says.

Before meeting Marlin, Frantz says she listened to Griffith in college when seeking out women’s voices to branch outside of the bluegrass genre. Frantz first heard Griffith’s cover of Bob Dylan’s “Boots of Spanish Leather” on a mixed CD and listened to the late singer on CDs bought at a secondhand bookstore.

Now with a new album and a new name, Marlin says he’s glad to return to touring with his family — which allows him to focus on himself as an individual rather than an artist. And Frantz says she feels hopeful that people are starting to regain the “soul fuel” lost to the pandemic.

“I think the more we can get back out there and be with each other, the more all of the anxieties that I've sort of learned to harbor within the walls of my own house dissipate,” she says. “Every time we go out and play a show or are rehearsing with our band, suddenly I feel like a normal person again.”