Editor's note: This segment was rebroadcast on Feb. 16, 2022. Click here for that audio.

A couple, played by Sharon Horgan and James McAvoy, prepare to quarantine with their young son. They have groceries, an abundance of toilet paper, and just about everything they might need.

But there's one glaring problem: The two can’t stand each other.

The drama comedy follows this incompatible couple as they have to negotiate with each other and experience losses that accompany the pandemic. The film opens in theaters Friday. 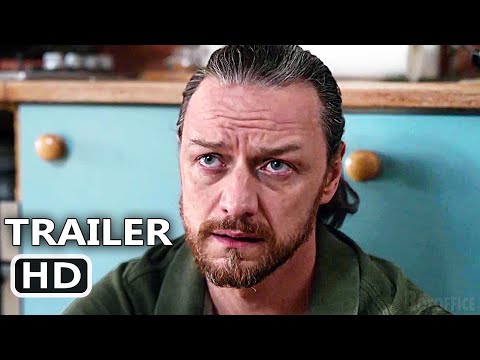 Screenwriter Dennis Kelly says creating the movie was a bit of exercising his own pandemic ghosts and visualizing a shared human experience as devastating as the virus. Plus, writing is like therapy, he says.

Kelly didn’t expect to write about the coronavirus lockdown, it just happened, he says. He also didn’t know whether his script would be for theater, television or film considering Kelly does all three.

In the end, he is happy audiences will experience his art and the intimacy of the plot on the big screen.

“Some of the sort of more personal moments, I think you needed to be up and close with that,” he says.

The screenwriter says he didn’t consider how the movie will be viewed in the years to come as he penned “Together.” Aspects of the pandemic changed rapidly during writing and filming, Kelly says, which made him anxious at first about getting the movie out quickly.

But he ended up understanding that the longer time goes on since the pandemic started, “the more weirdly [and] the more relevant [the movie] becomes because it kind of documents those early days,” he says. “And we've forgotten them.”

People in the United Kingdom, Kelly’s home, have forgotten how intense the initial measures to curb the spread were, he says, such as social distancing as far as possible when walking down the street.

“There's a whole bunch of stuff we don't do now that we did then,” he says. “It is important to remember because there's a whole lot of processing to go on.”

“Together” reminds audiences just how little the world was prepared for the impending tragedy of COVID-19. In the pandemic’s early days, Kelly says he was frustrated by the middle-class’ superfluous positivity of “getting through” the crisis when so many working-class folks were struggling to keep society functioning.

People who couldn’t work remotely were “putting their life on the line all the time because they had to. That was their job,” he says.

A reconsideration and new appreciation of the working class is a theme woven throughout the film. Kelly, who comes from a working-class background, says he left school as a young boy and started working in supermarkets. He stumbled into writing and was “very lucky it stuck,” he says.

But during the pandemic, he says his job as a writer felt useless. He thought the world was on the brink of a working-class revolution. But soon enough, the kudos and cheers for working people faded, and life returned to normal, much to his dismay, he says.

During lockdown, the couple in “Together” re-evaluate what matters in their relationships, especially with each other, as the two remain stuck under the same roof. They also rethink compatibility as they re-examine their core values.

For Kelly, these moments are in direct correlation with the “anger” stemming from politics in both the U.K. and the U.S.

“We're getting to a point where we're no longer looking at the other side as quite human,” he says.

One person in the couple is conservative; the other is “a Bernie Sanders,” Kelly explains. They are the exact opposite — but that’s the point. He wanted to write how they could find a way to work through their mutual unwillingness to be together.

Emiko Tamagawa produced and edited this interview for broadcast with Chris Bentley. Serena McMahon adapted it for the web.