What started with nerdy voice actors playing Dungeons & Dragons across a table together has become the latest animated series from Amazon Prime Video.

“The Legend of Vox Machina” spotlights a group of heroes for hire and their misadventures in an adult fantasy world.

Fans were clamoring for this animated series, set to premiere in late January. But for new viewers, Dungeon Master Matthew Mercer says don’t expect to witness classic protagonists in action.

“Just abandon expectations and have fun with the ride,” he says.

It all started when a group of friends would gather together and play Dungeons & Dragons in an attempt to make each other laugh, cry and “share the breadth of human experience through the facet of fantasy role-playing in the fantasy genre,” Mercer says. Then, the idea hit.

These friends decided to document their long-running, improvisational roleplaying in a podcast called “Critical Role.” The idea escalated into a full-blown digital media brand with multiple seasons on Youtube and an impressive 1.56 million subscribers. 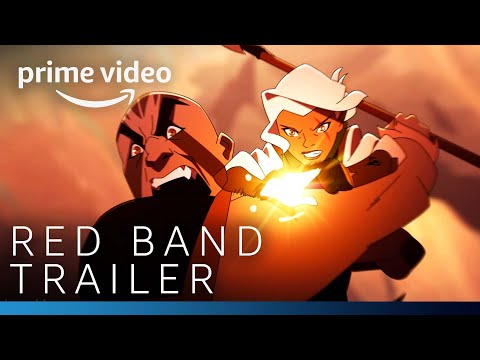 The new animated series on Amazon hones in on the original elements of “Critical Role” but with a “contemporary flavor,” he says.

Mercer acts as a storyteller, master of ceremonies and referee and interacts with every character. So seeing the world he helped create come to life on screen has been “entirely surreal,” he says.

The group hoped their Kickstarter to fund the “The Legend of Vox Machina” venture would raise less than $1 million. It ended up raising more than $11 million.

“We were hoping that some people would care, and it went so much further than we expected,” he says.

Marisha Ray, creative director and core member of “Critical Role,” says she looks back fondly on how quickly the show grew week after week, considering it was just a group of goofy friends sitting around a table with no flashy visuals. 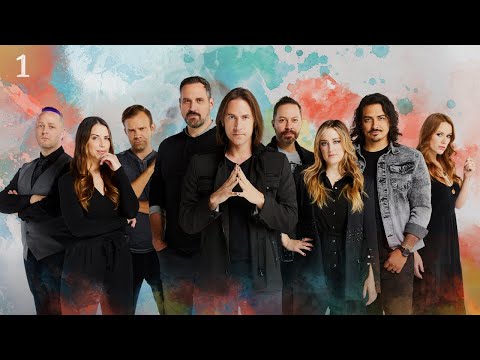 Mercer, Ray and the crew watched their characters take on a life of their own in “The Legend of Vox Machina.” And while a scripted animated show embodies a different format than an improvised role-playing game, Mercer says the story remains the same. The team adapted the series to shorten their improvisations without sacrificing the characters’ epic successes and massive failures.

That means new audiences get the best narrative arc without having to dive into hundreds of hours of “Critical Role” recorded content on Youtube, he says.

Since the game revolves around the unpredictable rolls of the dice, mapping it out was no easy feat, Ray says.

“The beauty of it being an improved live show with the dice kind of acting as fate or the world enacting or inflicting upon you is that you kind of end up getting this pure writers room type of experience from the original source material out of the gate,” she says. “So it just makes such a ripe project to pull from when you can just have that much gold to mine.”

The “invisible force” of dice rolls lets characters’ stories unfold more organically than the formal writing process, when a writer may corner a character into a choice that doesn’t feel right, Ray says.

The consequences of poor dice rolls are reflected in “The Legend of Vox Machina.” Mercer says it’s crucial to remember that heroes don’t always succeed.

“In fact, often the failures and embracing the failure can make for a much more interesting story as players,” he says. This makes the protagonists relatable and believable, he notes.

One of Mercer’s favorite parts of the process was seeing the characters take on a new meaning when played by a different actor. He points to Shaun Gilmore, the shopkeeper. The casting process was intense for Gilmore because the actor had to match the character’s personality and confidence, he says.

Sunil Malhotra, the actor chosen to play Gilmore, sums it all up. “For me,” Mercer says of Malhotra, “it was both a combination of being a fantastic performer and bringing a whole new level to this character that I was hoping to find for the series, and I just trust him.”

Along with dragons, giants and goblins, the core cast of “Critical Role” consists of an all-white friend group. Mercer says from the get-go, the team wanted to elevate diversity in “The Legend of Vox Machina.”

Gilmore was part of that conversation: The group wanted to ensure the actor playing the shopkeeper had an opportunity to bring an authenticity to the character that Mercer never could, he says.

The fantasy genre gives creators the freedom to embody and prioritize diversity — something Mercer succeeded in for the animated series, Ray says.

James Perkins Mastromarino produced and edited this interview for broadcast with Todd Mundt. Serena McMahon adapted it for the web.