Editor's note: This segment was rebroadcasted on Nov. 15, 2022. Find that audio here.

For decades, musician Geoff Muldaur has been known as a master of American blues and jazz. But for his latest album, he took a more unorthodox approach than his prior projects.

Muldaur traveled to Amsterdam in search of classical European musicians who would perform decidedly non-classical and non-European music. The end result is “His Last Letter,” a double-LP box and CD set.

“I've made it slightly comedic …it’s a little bouncier and more sort of authentic in terms of American string band music,” Muldaur says.

Muldaur’s process depended on how he felt when making the songs on the album. When recording “Boll Weevil Holler,” Muldaur says he helped the band relax by printing out pictures of boll weevils and attaching them to each player’s music stand.

While the chamber musicians proved versatile in their craft, there were cultural differences involved, especially with music drawn from the American South, rural blues and early jazz. 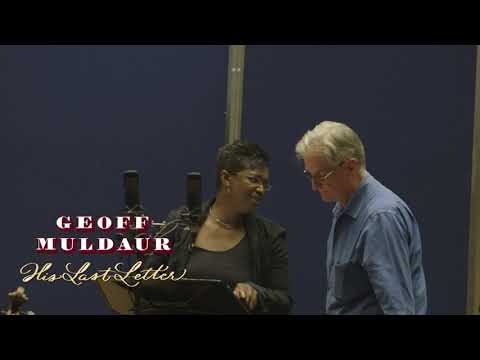 “I didn't expect there to be a perfect translation. I didn't want there to be. I think they Europeanized me by the end as much as I Americanized them,” he says. “I started to write in a more European classical form, which ended up in the octet.”

The titular “His Last Letter” is the album’s octet. Made up of three movements, the piece draws inspiration from a tragic event in Muldaur’s family history. Muldaur took inspiration from a box he received from a lawyer after his cousin’s death.

“[The letter] was very loving,” Muldaur says. “‘And I'll see you soon. And we're on our way to Canton, and then we'll head home.’ And it got to my heart.”

The album's music spans time, genre and geography. The song “His Last Letter” is sung by Lady Claron McFadden, a mezzo-soprano who portrays the moment when Muldaur’s great-grandmother received the letter.

“If you're in one of those orchestras, even if you're a principal and even though you're playing some of the most beautiful music ever written, they're very open-minded to try something else,” he says.

If you caught this story on the air, you may have heard "Lady of the Lavender Mist" by Duke Ellington. It's one of the songs on Muldaur's new album, "His Last Letter." Muldaur was once part of an early music scene in Harvard Square. He's recently moved from New York back to Cambridge, where, as he tells All Things Considered host Lisa Mullins, he feels he truly belongs.

Tinku Ray produced and edited this interview for broadcast with Jill Ryan. Jeannette Muhammad adapted it for the web.