A new album from Celtic punk band Dropkick Murphys drops on Friday. “This Machine Still Kills Fascists” takes its name from a phrase American singer-songwriter Woody Guthrie once had painted on his guitars.

It’s not the only way the band incorporates Woody Guthrie into their new album: They also take a personal spin on some of his previously unreleased songs.

During the making of the album, frontman Ken Casey and the band met with Guthrie’s daughter, Nora, and her son, Cole. Originally, Casey worried Guthrie’s family would reject every idea the band had.

“[Nora] had this real trust in us with what we've done with the lyrics,” Casey says. “All along we did have the plan to do a full album of his unpublished lyrics because you feel like you're really helping to bring some history to light because he's got hundreds of pages … He probably had music to them, but nobody knows what it was because he never recorded it.”

Even as far back as grammar school, Casey remembers being taught “This Land is Your Land,” a popular Guthrie song. As Casey grew older, artists he was a fan of, like Joe Strummer and Bruce Springsteen, all revered Guthrie. He was the “original rebel,” Casey says. 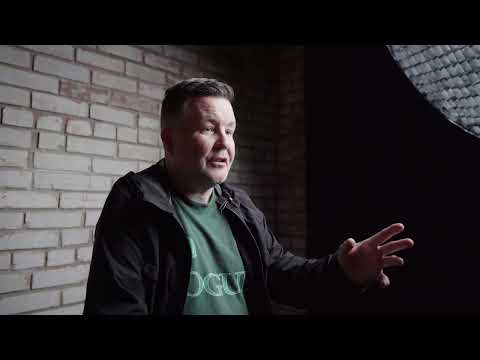 If the band made the album 20 years ago, Casey says, it would have been Dropkick Murphys’ well-known electric sound. At this point in their careers, however, the group wanted to try something different and hone into Guthrie’s time period.

The band also explored Guthrie’s hometown of Okemah, Oklahoma. Visiting the town allowed Casey and the band to connect with the lyrics and feel like Guthrie was helping them.

Guthrie was notably anti-fascist, anti-violence and anti-war. By using Guthrie’s guitar phrase for their album title, Casey says the band wanted to show that Guthrie's music remains relevant today. What confuses Casey, though, is how the word fascism still triggers some people.

“You're either admitting that you're pro-fascist if you're going to take that term,” he says, “like you're angry at Dropkick Murphys for speaking up about fascism.”

Casey says he knows the band will lose fans because of their stance on fascism. The group’s core fan base is mainly working-class white people, he adds.

But if there’s one thing Casey wants Dropkick Murphys fans to know about Guthrie, it’s that he stood up for his beliefs.

“I just feel like it makes what we're doing all that more important because you can't cower from it,” he says. “You got to speak up against it and you got to be ready to be there and tell it like it is.”

Emiko Tamagawa produced and edited this interview for broadcast with Catherine Welch. Jeannette Muhammad adapted it for the web.