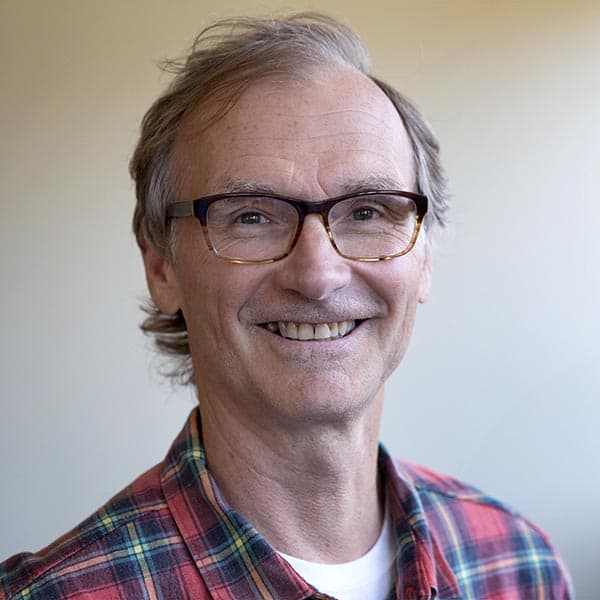 Alex Ashlock was a producer for Here & Now since 2005.

He started his WBUR career as senior producer of Morning Edition in 1998. Before coming to Boston, he worked at WILL, the NPR station at the University of Illinois, for 15 years — the same station where Here & Now co-host Jeremy Hobson started his radio career. In fact, Alex worked with Jeremy's class on a project when Jeremy was a young student in Urbana, Illinois.

Alex was in charge of the Here & Now partnership with the BBC World Service, and produces much of the international news coverage heard on Here & Now. His other focus was the military, veterans issues and national security. You could also hear his voice on WBUR when the Boston Marathon comes around every year. The 122nd running of the race in 2018 was the 20th Boston Marathon he's covered for the station.

Alex has a bachelor's degree in English and a master's degree in journalism, both from the University of Illinois.

He and his wife Greta live in Brookline with their King Charles Cavaliers, Gilda and Tinkerbell.