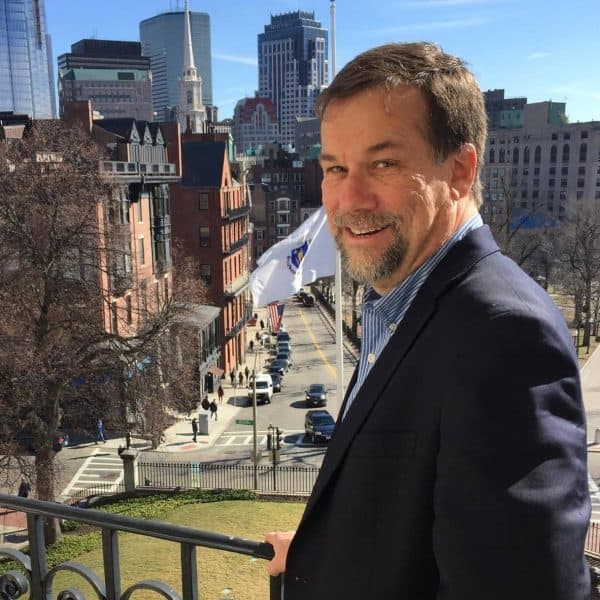 Steve Brown is a veteran broadcast journalist who serves as WBUR's senior State House reporter. He was recently included in the Washington Post’s 2020 list of outstanding politics reporters to follow.

Steve began his career in radio while still in high school in the late 1970s on Cape Cod. In 1979, during his freshman year at Emerson College, Steve began providing news reports from the Massachusetts State House for various radio stations around the state including WROR and WRKO in Boston, WMAS in Springfield, WNBH in New Bedford and WCIB in Falmouth.

In 1987, Steve joined the staff of WMJX and WMEX in Boston as a political and general assignment reporter, heading up the station's award-winning coverage of the Michael Dukakis presidential campaign. In the early 1990s, Steve began working in television as a reporter and writer at WLVI-TV in Boston, and later at WBZ-TV (CBS-4).

Steve returned to his radio roots in 2003 as a news anchor/host at WBUR, and has covered first-hand a variety of major stories, including the Boston Marathon bombings and its aftermath, the deadly shootings at Sandy Hook Elementary School, congressional redistricting, casino gambling, the state budget process and the deaths of former Boston Mayor Kevin White and Sen. Edward Kennedy.

Since 2012, Steve has toured all 16 Massachusetts Department of Correction facilities and three county houses of correction. In 2015, he returned to the Massachusetts State House to cover state government for WBUR. Steve also has been covering the cannabis beat. As part of his reporting, he traveled to Denver with the Special State Senate Committee on Marijuana to observe Colorado’s adult-use marijuana industry. Since March of 2020, Steve has been focused on the state’s response to the COVID-19 pandemic, and attends almost all of Gov. Charlie Baker’s coronavirus briefings at the State House and at other locations around the state.

When not working, Steve spends time as an amateur genealogist and tinkers with his 1961 Cadillac convertible.