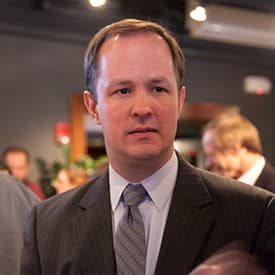 Steve Koczela is the president of The MassINC Polling Group, where he has grown the organization from its infancy to a nationally known and respected polling provider. He has overseen WBUR's polling since it began in 2011, and writes regularly for WBUR. Koczela frequently appears in local, state and national media outlets discussing polling, politics and policy.

Prior to founding the MassINC Polling Group, Koczela conducted survey research for the U.S. Department of State in Iraq, in key states for President Obama’s 2008 campaign, and conducted surveys and polls on behalf of many private corporations. He is past president of the New England Chapter of the American Association for Public Opinion Research (NEAAPOR) and serves as associate editor of the Statistical Journal of the IAOS. He lives in Melrose, Mass., and is a veteran of the war in Iraq.