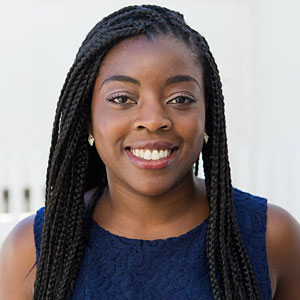 Zeninjor Enwemeka is a reporter at WBUR, Boston's NPR station, where she covers news both online and on air. She reports on business, tech and culture as part of WBUR's Bostonomix team, which focuses on the innovation economy. Before joining WBUR, she worked at The Boston Globe as a breaking news writer for Boston.com. She also spent several years as a news/homepage producer for the website. Zeninjor was part of the 2014 Pulitzer Prize-winning team for The Boston Globe's breaking news coverage of the Boston Marathon bombings.

She was also an adjunct lecturer at Boston University, where she taught a class on multimedia and online journalism. Zeninjor is a graduate of the Medill School of Journalism at Northwestern University. She serves as vice president of the Boston Association of Black Journalists.