Hip hop has always been lauded for its outspoken and progressive nature since its birth in the 1970s. But as Black women become more visible in the genre with their explicit and brazen lyricism, so does the controversy it inevitably causes. Superstars like Cardi B and Megan Thee Stallion — especially after the success of their sexually provocative anthem “WAP” — have been routinely criticized for their appearance, their creative content and how they choose to discuss sex in their songs.

As this continues to happen on a global level, its effect can be felt locally as well. Our Favorite Massachusetts Tiny Desk Contest Entrant, Kweeng Doll, and Boston rappers CakeSwagg, Lord Ju and Chelley Marie discussed why sex is an inherent part of their discography and they dissected the backlash they face for not being modest about it. [Note: The interviews have been edited for clarity.]

Candace McDuffie: As female/nonbinary rappers, why do you feel the need to talk about sex frequently in your music?

CakeSwagg: I feel really comfortable in my body. I look good, I work really hard and I bring a lot to the table. Male rappers talk about sex so much. When women reclaim our sexuality and we talk about it as well, it devalues what they have to say. You can say it and it hits hard, but it doesn't hit harder than me saying if he can’t pay my bills then he can’t get any p----.

Lord Ju: They try to control us and say ‘oh, you’re a ho’ or ‘you’re this and that.’ But women are embracing it and don't give a f--- anymore — so now what? When I'm calling myself a ho — you can't do nothing to me. You can't even hurt me no more. It's not that we don’t care…but it’s getting to the point where women are just fed up.

Kweeng Doll: I take all of my real-life experiences and turn them into songs that people can relate to. The things I say that are sexual, 99% of the time it's a true statement. N----- can come out with these songs and — excuse my language — that say pop that p---- and s--- but people get offended when we say sexual things? But y’all love the way we look — so I’m confused. It’s ok for us to look sexual — but we can’t talk about it? I’m not understanding it.

"It’s ok for us to look sexual -- but we can’t talk about it? I’m not understanding it."

Do you think that being Black and making the music you make only heightens the backlash?

Chelley Marie: People don’t like a confident Black woman. They feel uncomfortable when we speak about our sexiness when realistically it’s not for anybody else. It's really just for us to feel liberated so they tend to throw hate and be negative. Male rappers talk about women, they talk about having sex with women. They use women for their videos and it’s because sex sells. So why not use what we have to sell it?

Lord Ju: Being a Black woman is the most powerful thing in the world. And we have always been hypersexualized because of the way we naturally look. Black women have always been viewed in amazement because of our bodies, of how we are shaped. Historically, we were stolen, we were used in exhibitions, we were raped. And now everyone wants this certain type of body…now it’s the ideal thing to have. And now that Black women are embracing it…no one can handle it because they know the power it has. 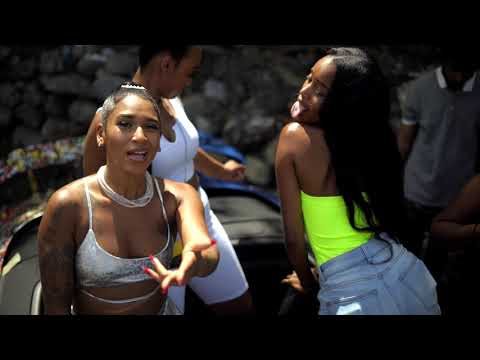 As artists, you use your platforms to address social issues that are important to you. Do you think those statements get as much attention?

CakeSwagg: One of my biggest songs to date that nobody really talks about is “Thank You Black Girl” where I really celebrate Black women. And the reason that I made it is because I feel like now society is at a point where it’ll acknowledge that things came from us first. No one says thank you to Black women for pushing the culture forward. To be honest, everything that the world considers beautiful is Black.

Chelley Marie: I have so many things that I could speak on, but the main focus right now for me is Black women feeling protected by Black men. The Megan Thee Stallion and Tory Lanez’s situation exemplified this. While we always feel like we are not protected by Black men, we stand on the frontlines for them and we're going to continue to do that because it's all about protecting our brothers and sisters. But our lack of safety goes unnoticed all the time.

"People don’t like a confident Black woman. They feel uncomfortable when we speak about our sexiness when realistically it’s not for anybody else. "

And you all have been very open about the political and social movements that affect you. 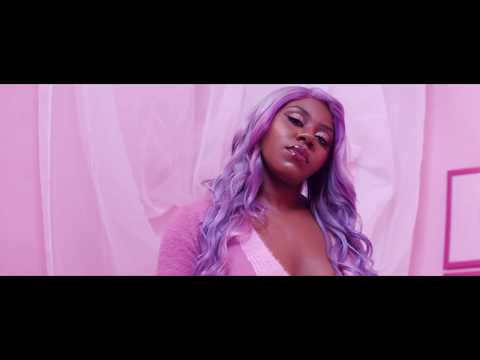 For Black female, nonbinary and queer artists who are looking to discuss sex in their lyrics, what advice would you give to them?

Chelley Marie: Make sure that when you create these lyrics, it’s not just because you’ve seen someone else do it. You have to feel sexy…you have to feel like it’s about the art. Then once you get in that booth, you're going to feel that much more comfortable and make some bomb a-- music. It just really comes from confidence and I hope my music inspires other women to speak openly about their experiences.

Kweeng Doll: I think you just need to go for it. You only get one life to live and you have to live it the way you want. Don’t worry about other people and what they have to say. Also, you need to be the artist you want others to look up to. Growing up, I didn't really have that. I had to go and be the person to do it. I'm unapologetic and I don't really care about what people think.

Lord Ju: If you don’t think that you can pull it off, then it ain’t for you. You can be taught how to be sexy, but people respect it more when it’s really you…you know what I mean? They can relate to it more when it’s authentic, or they can live vicariously through someone who’s really doing it. How can you teach a girl to rap about s--- like that when she doesn’t even live that life?

CakeSwagg: See, I think you should do it anyway. The barriers of what it means to look and sound sexy are breaking down. We are seeing more dark-skinned Black female rappers, rappers wearing their natural hair, rappers with different body types. And if you feel like you don’t fit the description, that’s perfect because you can help break down those barriers even more. There’s going to be people who don’t like what you do regardless. Yes, this is a male-dominated industry. But Black women have and will continue to hold our own.

Join The ARTery's Arielle Gray in conversation with Candace McDuffie about her new book, "50 Rappers Who Changed the World," on Oct. 27. Register for the event here.

Candace McDuffie Music Writer
Candace McDuffie is an educator and writer whose work has appeared in Teen Vogue, Metro, The Daily Dot, Fusion and several other publications.