Marissa Nadler video calls from what looks like a concrete bunker; she says she’s staying somewhere in East Nashville. I ask if she’s ever visited The Cobra, an eclectic little venue close to her residence. “Well, you know, I haven’t been — anywhere,” she shrugs. “Partially, I’m usually like that anyway.”

It’s been nearly two years since she hunkered down in her makeshift Nashville studio to work on her exquisite ninth solo album, “The Path of the Clouds” (out Oct. 29), a collection of masterfully crafted songs driven by sticky grooves and lush orchestration, arched by the chilling presence of ghosts and dusty bones. After searching for inspiration following a bout of writer’s block between records, “I started taking notes on ‘Unsolved Mysteries’ episodes,” she explains. “I’m very interested in vanishing, for some reason,” she adds, acknowledging the irony from her bunker some 1,100 miles from her home base in Boston.

The harrowing plight of these mysteries spills from each song. “You wanted 200k and 4 parachutes,” she purrs on the album’s slow and smoldering title track, an ethereal retelling of the folkloric plane hijacker D. B. Cooper. Later, she turns to the waterlogged escapees of Alcatraz with “Well Sometimes You Just Can’t Stay,” a crashing siren song that unifies the most sinister Nancy Sinatra selections with the tender caress of Cat Power. On the album’s brooding folk opener “Bessie, Did You Make It?” Nadler inverts the tragic tale of Glen and Bessie Hyde into an allegorical tale of female empowerment: “I’m Bessie, I killed him/ I was simply surviving.” 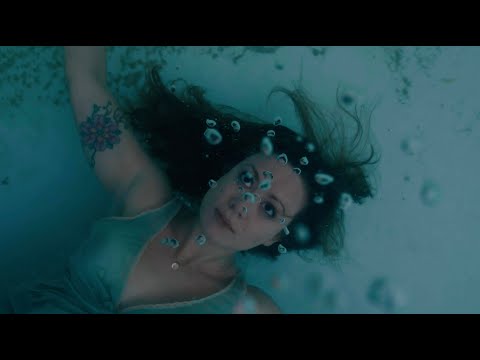 “All three stories have people that disappeared that were never found again,” she says ominously, as if concluding a ghost story.

There’s a parallel that can be drawn between the subjects of these stories and Nadler’s own trajectory, one that faced uncertainty and tumult since the album’s earliest inception. “It kind of makes sense why I was drawn to those stories of rebirth and metamorphosis,” she comments, noting the separation from her husband, the onset of the COVID-19 pandemic a year and a half ago and her subsequent relocation. Under this stress, “The Path of the Clouds” was meticulously formed piece by piece, story by story, the ghosts from Unsolved Mysteries offering hidden correlations between their spiritual world and Nadler’s complicated reality.

Now nine albums in, Nadler leans into the space afforded by severed ties to approach this album more mindfully, if not methodically. She began taking piano lessons with multi-instrumentalist Jesse Chandler of Mercury Rev, the practice of a new instrument slowly molding new methods of composition. “Because of the pandemic, I had all of the time in the world to work on the lyrics,” she says. “You can tell that they’re all very carefully honed.”

“The Path of the Clouds” is Nadler’s first self-produced album. “As a shy person, it’s been easy at times for me to be a bit of a pushover in the studio,” she explains, describing the process of navigating this album as the project’s executive filter. She handpicked all of the musicians herself, many former collaborators, a who’s who of indie tastemakers over the last 30 years; the aforementioned Chandler, musician and composer Milky Burgess, harpist Mary Lattimore, Cocteau Twins bassist Simon Raymonde, singer-songwriters Emma Ruth Rundle and Amber Webber and mix engineer Seth Manchester all made invaluable contributions to the album.

“I’m proud of it on a lot of levels. It’s my first self-produced album — no male producers associated with it,” she adds.

The resulting palette is lush and expertly textured, even groovy, a descriptor long withheld from Nadler’s signature style of sparse and sepulchral folk. Her last solo release, 2018’s “For My Crimes,” is in many ways a culmination of this style, well over a decade of work built on dreamy, gothic compositions spearheaded by Nadler’s foreboding croon and criminally underrated guitar fingerpicking. “The Path of the Clouds” somehow extricates Nadler from her work’s cavernous depths, elevating her to a more cosmic plane, a primordial soup of sinners and shapeshifters and music as viscid as molasses. “I think in some ways the reception of my last record inspired me to be bold on this one,” she says, noting that for every new release, no matter how strong it is, “You’re constantly compared to your earlier work.” 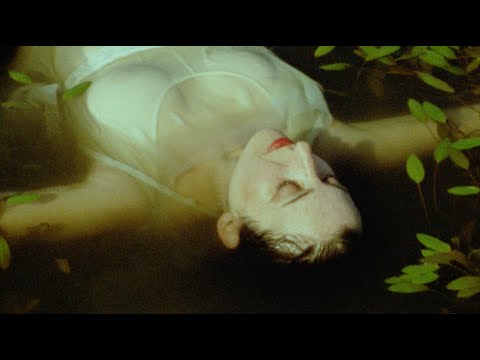 “Everything’s still in that storage locker/ Remnants of our past toppled over me,” she sings on the devastating slow shuffle of “Storm,” recounting a past she’s since vanished from; “The shadow of gloom is everywhere/ I hope it can’t find me here,” she follows in the song’s yearning chorus.

“I do think that kind of honesty is what makes songs cut through to people,” she observes, noting the hyperrealism of the song’s storytelling. Stories like these effortlessly flow between the unsolved mysteries, her autobiographical tales striking chords of woe and heartache that feel strikingly relatable. “I think the isolation definitely got to me,” she confesses. “I went so deep with the songs, with some of those personal ones. I’m even wondering if I’ll even be able to perform them live.”

For now, however, she just hopes “The Path of the Clouds” can both find a new audience, and satisfy her dedicated fanbase who have grown accustomed to a product more stripped down and folksy. “Hopefully it will extricate me from my cult-ridden poverty status once and for all,” she jokes, knowing full well that bringing such a weighty album to the stage in these uncertain times is a loaded task of emotional tribulation.