This story is part of Only A Game's "Motivations Show," which looked at stories of motivation in sports.

With Joan Ryan, Bengie Molina wrote "Molina: The Story of the Father Who Raised an Unlikely Baseball Dynasty," and he joined Bill Littlefield.

BL: One day early in Bengie Molina’s baseball career — when he was 12-years-old, in fact — his manager, who was also his father — directed him to use a bat lighter than the one he wanted to use. After they argued, Molina took the lighter bat to the plate and he let three strikes go by. He never took that bat off his shoulder. When he returned to the dugout, Molina’s mother reached over the fence separating the fans from the players, grabbed her son by the hair and began whacking him in the head. She dragged him off the field, across the street and into the backseat of the family car, where she told him to remain, while she returned to the game. 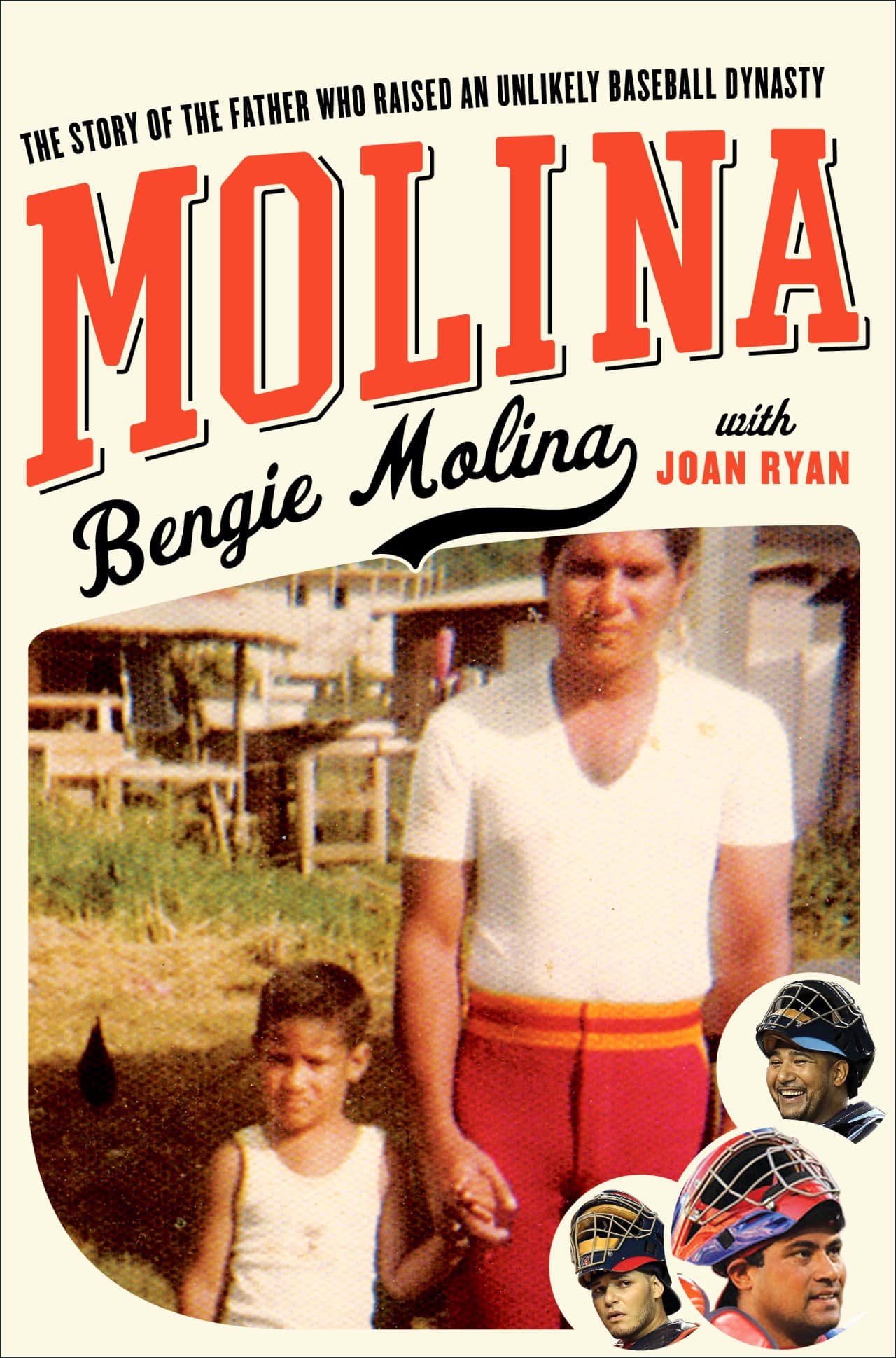 Bengie Molina, what happened next?

BM: Well, I felt so bad. Man, I knew I messed up big time. But everybody was using that bat, and that bat was so nice, man. It looked so good on the uni's, on everybody. But it was too heavy for me, and I didn't understand that. So, what happens next is that the game was over, and I was expecting my dad to just lose it on me. And my dad, he came back, he sit down, he started driving. My mom, on the other hand, she gave me one last whack and said, "That's what happens when you disrespect your father."

BL: Did that day end up motivating you to become not only a better ballplayer — in terms of choosing your bat, at least — but maybe a better son as well?

BM: Yes, very much. That day probably turned me around. And I said to myself, "I'll never do it again," and I never did it. I never disrespect my dad on the field. But I also took it as a lesson for me, not only because he is my dad, but if I did it to him I could do it so easy to so many other people, and I didn't want that. I wanted to become a model for my brothers, a guy that my brothers could see and follow. So I took it serious and I went that route.

BL: Your book is titled "Molina: The Story of the Father Who Raised an Unlikely Dynasty." And it sounds as if you first started wanting to be a baseball player when — as a small child — you saw your father, who was playing in a semi-professional league, hit a home run. What do you remember about that day?

BM: Well, that day we got in early, and I remember having fun with him at the stadium just playing catch. But then also, I remember being in the dugout, being with all the men. And I didn't know how to act. I didn't know, I was just watching. And whenever my dad wasn't hitting, I wasn't watching the game. I was just playing around with a couple kids that were there. But I remember when he came up to bat, and he said, "This game is over guys. I am going to hit a home run to left."

But everybody thought he was just kidding, because right field was so short, and he is saying left field. Nobody took him too serious. And he went over there, and he hit it out, man. And I remember everybody chasing out of the dugout. I don't know, I mean I'm so young, I just saw everyone running out of the dugout, so I went and followed. You know, I went with him to home plate and celebrate. But these are grown men, and I was so little that my mom was so worried about me, and she started yelling for somebody to pick me up. And then finally after, my dad, he saw me and picked me up. And that is the first memory I have.

BL: Your father raised three sons who made it to the Major Leagues. That's unlikely enough. Each made it as a catcher, that's a little more unlikely. And you and your brothers have each earned two World Series rings. Your father must have been some coach.

BM: Well, I don't even have words to tell you how my dad did it. Remember, everybody here knows the Molina brothers in baseball. But they don't know the guy behind it. They don't know the two parents that made it possible for us to be here.

My dad had three sons, yes, but he had thousands of kids and thousands of sons because he was a coach. Every year he coached 16 kids in one team. And three teams because he coached my team, Jose's team and Yadier's team. I mean, that's a lot of  kids, man. And he did it without complaining. He did it because he loved them. He loved those kids. He wanted them to become great men in life, to become good people.

BL: Part of the catcher’s job, obviously, is to bring out the best in a pitcher. Did your father's teachings affect how you talked to pitchers throughout your career with the Angels, the Blue Jays, the Giants and the Rangers?

BM: Of course. That's one of the first things he said. He said, "We here are family and we have to be able to talk to each other. We have to pick up each other at the game." So when I came to the big leagues, I had an idea how to do it, and it's because of him.

When I was with the Angels, Ramon Ortiz, you had to go out there with your Spanish and try to trick him in his brain because he wasn't thinking too much. Then you had Jarrod Washburn, who you had to just be straight with him because he could take it. You got Sean White, who you had to talk to him very soft, because he would get rattled if you just yelled at him or something.

So there's different types of pitchers out there and, yes, you have to talk very different to each one of them.

BL: You and your brothers thought you were following your father's dream by becoming Major League ballplayers. But at least according to the book, you learned only after your dad’s death that what he wanted for himself was something very different. What was that?

Later on, when he passed away, I started talking to my uncles, many of his friends, and it was a very different story. I don't know if I want to give away the ending of the book, but that wasn't the case at all. I was very wrong on that one.

BL: I will respect your wish to not give away the ending of the book, but I do want to read a passage from the epilogue, because I think it puts some of what we’ve been talking about in perspective. It goes like this:

“You lay down the chalk lines knowing they’re going to disappear. That was another part of the beauty of baseball. You’re not meant to hold on to things: the day-to-day failures and embarrassments, even the large and small triumphs. Let the strikeouts and dropped balls and home runs disappear into the dirt and grass. Baseball is about what you get and give up, what you earn and relinquish.”

That feels to me like the sort of perspective a father would want to pass on to his children, whether or not those children happened to be ballplayers. What do you think?

BM: Exactly, and it says it all, because before you are a baseball player, you're a human being. And my dad was big on that. You have to be a very good human being before you're a very good baseball player. People think he only taught us baseball because he was a great coach, but that wasn't the case. He taught us baseball after he taught us how to behave, how to respect, how not to throw your helmet down, how not to do all these things. But he was teaching us a life lesson just by doing those things.

Bill's Thoughts On "Molina: The Story Of The Father Who Raised An Unlikely Baseball Dynasty"

I correctly anticipated that Molina would be better than a lot of athlete autobiographies when I noticed that Joan Ryan had worked on it with Bengie Molina.

[sidebar title="An Excerpt From 'Molina'" width="630" align="right"]Read an excerpt from 'Molina' by Bengie Molina with Joan Ryan.[/sidebar]Ryan is the author of the excellent "Little Girls in Pretty Boxes," which taught a lot of people about some of the difficulties, challenges, and outrages female gymnasts and figure skaters have faced.

Bengie Molina credits his father and mother with the success Molina and his two brothers have enjoyed as Major League catchers. The story-telling in the book is brisk and it never gets bogged down in baseball minutia. Molina includes challenges that have nothing to do with baseball, such his father’s disapproval of Molina’s decision to divorce his first wife. The result is what feels like Molina’s honest and heartfelt appreciation for his family with a minimum of cliché.