Three and a half months into the 2018-19 regular season, the Cleveland Cavaliers were on a "hot" two-game win streak, which brought their grand total of wins to … 11. The Cavs had the second worst record in the Eastern Conference. Many key players were sidelined. Things were bleak. But on Feb. 2, the team had been holding its own against the Dallas Mavericks. Fans had reason to hope the Cavs might win three games in a row for the first time all season. Kyle Molinelli is a lifelong Cavs fan who was at the game.

"We started, which seems to be a theme with us, is that either we make it close in the fourth quarter and never finish the job, or we just fall off completely in the fourth quarter," Molinelli says. "And that was one of those games where we just fell off. We couldn't find the basket to save our lives." 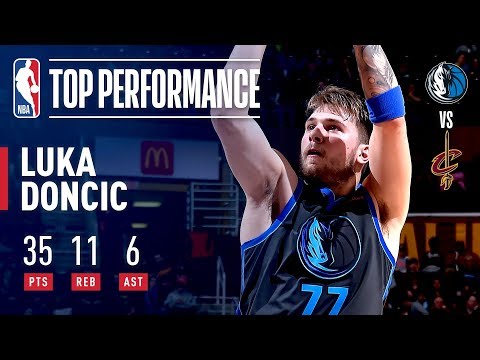 For much of the fourth quarter, Dallas maintained a 10-point lead. But, as hope of a Cavs victory slipped away, Molinelli remembers the fans around him chanting: "Chi-cken nug-gets, chi-cken nug-gets."

Chicken nuggets isn’t a player’s nickname. The crowd was, quite literally, cheering for nuggets — as in Chicken McNuggets. You know, the ones you get from McDonald’s. When the Cavaliers score 100 points in a home game, fans get a free 10-piece McNuggets — win or lose. Kim Fletcher, another lifelong Cavs fan and current season ticket holder, was at the game with her daughter.

The Mavericks had possession of the ball with eight seconds left. The score was 111–98. Cavs center Ante Žižić stole the ball and passed it to his teammate, Deng Adel, who dribbled up the court. The chant continued.

"And I think that resonated with the team, actually, because I feel like they're starting to get more hustle on the floor," Molinelli says.

Deng Adel desperately heaved the ball to another teammate, Jaron Blossomgame, who was racing toward the basket.

Matt Eck and Adam Hines, who work for the Cavs in-house game presentation team, watched Blossomgame from their perches in the control room and on the court.

"You could tell as soon as he started coming down the court that he was going to try to do it," Eck says. "And of course, all of us in the control room, we're cheering for nuggets, too."

"He went for it, which was great," Hines says. "The crowd absolutely went nuts."

Blossomgame put a shot up just before time ran out. Molinelli watched the ball rise toward the basket.

"If you're at a baseball game and the ball is hit way up in the air and it's almost going to go to a home run, like, you notice the crowd goes silent for a minute," Molinelli says. "And that's what it was like when the shot went up. The whole arena was silent for a split second."

Maybe this all sounds like the setup to another joke about Cleveland — about fans so starved for a win they’ll cheer for literally anything, including a 10-piece chicken nugget giveaway valued at about $3.65. But when a team rebuilds, some fans find that things they might’ve taken for granted before suddenly take on a new significance.

Now, this is a good time for a disclaimer: I’m a diehard Cleveland fan. And I think I speak for my fellow Clevelanders when I say we have developed a taste for McDonald’s chicken nuggets.

The Cavs first gave out free McDonald’s in 2014. The giveaway evolved to its current format in 2016. And with the Cavs right there among the best teams in the NBA over the past few years, Cleveland fans got free nuggets at about 80% of home games.

Sure, plenty of other teams have their own giveaways. But in Cleveland, nuggets are a spectacle.

"We have a countdown to nuggets," says Eck, who directs videos for the Cavs' nearly 60-foot-long Jumbotron. "So it starts at 10 and nine and so forth all the way to one."

"Cavs score 100, and all of a sudden little chicken nuggets just come floating down on the Jumbotron," Fletcher says. "And they will shower for about 30 seconds."

"I've never measured the size of the nuggets, but they're probably 5 to 10 feet tall each," Eck says. "You got these huge chunks of meat just raining down."

Cavs fans have gotten pretty serious about those raining chunks of meat. Even Ahmaad Crump, the in-arena emcee for the Cavs, is a nugget enthusiast.

"Yeah, Ahmaad is super into it," Hines says. "He loves it. He loves McDonald's, too."

But fans didn’t make as many trips to redeem nuggets this season. Without LeBron James in Cleveland — and with a slew of injuries taking out many of the team’s starters — the Cavs struggled. They only won 19 games. Cavs fans received nuggets at just 63% of their home games. And, unlike in years past, most of those nuggets didn’t come as chasers after a win. This season, half of the nuggets giveaways came during losses.

"I think the nuggets represent a bit of the old Cavs mixed in with the new Cavs," Fletcher says. "The nuggets represent those days that we were getting them at almost every home game. And when we do get the nuggets, we're appreciative of the nuggets, because they’ve worked to 100 points. So it's almost like a peek into the future. Like, ‘Oh, my gosh, they are scoring! They are working their offensive plans together! We can do this.’ "

"As we develop this young team, as we develop the young core and hopefully find winning basketball in the future, the nuggets are kind of like a beacon of hope," Molinelli says.

Now, Cavs fans are nothing if not loyal. They came in eighth in NBA attendance this year. So, that’s why, on that Feb. 2 night, with the Cavs down 111–98, the crowd cheered. They weren’t ready to give up.

They wanted that feeling of a win. And Jaron Blossomgame looked like he was going to give it to them. Just before the clock hit zero, Blossomgame put up the shot.

"It's up on the rim, and the buzzer sounds," Eck says. "And then the ball falls to the court, and there's a collective, ‘Ahhhhh.’ "

There’s more than one victory in a game. There’s the shot that goes in when it wasn’t supposed to. There’s the free t-shirt that comes sailing into your hands. These micro-victories add up to the full game experience. And for Cleveland fans, 10 free McDonald’s chicken nuggets have become another micro-victory — a way to experience something that feels bigger than themselves.

"I think it's goofy and fun," Fletcher says. "And the city of Cleveland, we get made fun of all the time. And I think the nuggets are just us being Clevelanders. We just love to celebrate the littlest of things and the biggest of things.

The Cavs played their last regular season game at home on April 9. They only scored 97 points in a blowout loss to the Hornets. But don’t worry — the fans got their nuggets anyway. It was fan appreciation night.