Those doctored videos of Nancy Pelosi and Mark Zuckerberg highlight the growing threat of deepfake technology. It’s getting harder to know what’s real and what isn't. How can they be stopped? 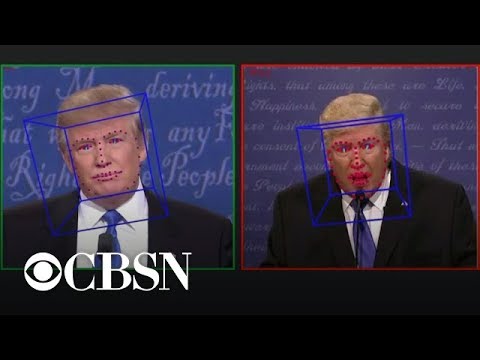 Hany Farid, professor of computer science and electrical engineering at the University of California, Berkeley. (@UCBerkeley)

Washington Post: "Top AI researchers race to detect ‘deepfake’ videos: ‘We are outgunned’" — "Top artificial-intelligence researchers across the country are racing to defuse an extraordinary political weapon: computer-generated fake videos that could undermine candidates and mislead voters during the 2020 presidential campaign.

"And they have a message: We’re not ready.

"The researchers have designed automatic systems that can analyze videos for the telltale indicators of a fake, assessing light, shadows, blinking patterns — and, in one potentially groundbreaking method, even how a candidate’s real-world facial movements — such as the angle they tilt their head when they smile — relate to one another.

"But for all that progress, the researchers say they remain vastly overwhelmed by a technology they fear could herald a damaging new wave of disinformation campaigns, much in the same way fake news stories and deceptive Facebook groups were deployed to influence public opinion during the 2016 election."

Brooklyn Daily Eagle: "Clarke introduces bill to combat high-tech altered videos" — "Legislators are worried that altered videos — many created using artificial intelligence and so real in appearance they are called 'deepfakes' — will be used in disinformation campaigns before the 2020 election.

"U.S. Rep. Yvette Clarke, who represents Park Slope and Crown Heights, introduced the DEEPFAKES Accountability Act on Wednesday. This bill would hold video creators accountable when posting altered videos, and would require malicious deepfakes to be labeled with a watermark and a disclaimer identifying them as manipulated content.

"A digitally doctored video of Nancy Pelosi got more than 2.5 million hits on Facebook after President Donald Trump shared it on social media, while a fake video of Facebook founder Mark Zuckerberg was uploaded by activists to Instagram, in which phony Zuckerberg said he was in control of billions of people’s lives."

Politico: "'Nightmarish': Lawmakers brace for swarm of 2020 deepfakes" — "Russian, Chinese and other actors both foreign and domestic could flood the 2020 election and the broader political landscape with sophisticated 'deepfake' digital forgeries, lawmakers and researchers cautioned Thursday, warnings that arrive as questions mount about whether campaigns and Silicon Valley firms are prepared to ward off a swarm of phony footage.

"Off-the-shelf video-editing and artificial intelligence software has made it easier than ever to create so-called deepfakes — advanced visual counterfeits that turn people into digital puppets, doing or saying things they never said or did. And if left unchecked, the phenomenon could supercharge fake news of the sort that pervaded Facebook and other online sites during the 2016 campaign, which spread false rumors that Hillary Clinton was dying of Parkinson’s disease or that Pope Francis had endorsed Donald Trump.

"Eventually, the widespread existence of deepfakes could even make some people dismiss legitimate videos as fabricated — in yet another blow to public faith in objective reality.

"During a first-of-its-kind congressional hearing on the rapidly emerging technology, officials called recent high-profile forgeries of House Speaker Nancy Pelosi and Facebook CEO Mark Zuckerberg just a preview of the wave of more advanced visual disinformation that could soon plague the campaign trail."

Brian Hardzinski and Allison Pohle produced this hour for broadcast.