The '90s called. They want their TV back. Except it's not going anywhere, because of the sudden emotional, lucrative, nostalgia rush playing out on streaming devices everywhere.

At the forefront of it all? "Friends." 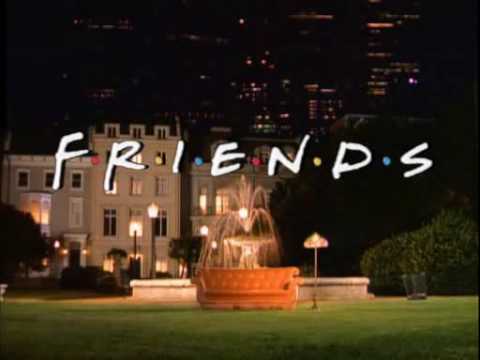 Love "Friends" or hate it, the show is huge right now. And WarnerMedia recently paid $425 million for the rights to put "Friends" on its HBO Max streaming service for the next five years.

So what is going on? Why are so many people — those just watching for the first time and those rewatching for umpteenth time — gravitating to the '90s?

Maybe Marta Kauffman, co-creator and executive producer of the NBC sitcom, can shed some light. She joined On Point's Meghna Chakrabarti on Wednesday's show, discussing whether or not the show will get a reboot, the joy of young people obsessing over it and the most unlikely "Friends" fan she's encountered.

On the thrill of young people obsessing over “Friends” today

“It’s pretty awesome. And, I have to say, quite surprising. One of my favorite things about it is, when my daughter was in high school, one of her friends — and this was just about four years ago — one of her friends said to her, ‘Have you seen that new show called “Friends?” ’ They thought it was a period piece about the ‘90s.”

On whether “Friends” will be rebooted

“We're not going to reboot the show. We can't beat what we've done. A reboot is very, very difficult to do. It's extremely difficult to compete with yourself, and, then, to not be disappointing on some level. And, also, our show was over. It was about a time in your life when your friends are your family. And, this is past that time in your life, and the heart of the show is gone.

"We're not going to reboot the show. We can't beat what we've done. A reboot is very, very difficult to do. It's extremely difficult to compete with yourself, and, then, to not be disappointing on some level."

On why ‘90s shows are so popular today

“As far as the popularity of shows right now, I think in terms of ‘Friends’ — I can't really speak to ‘BH90210’ — but, certainly, in terms of ‘Friends,’ I think it's comfort food. I think it's like comfort food. It's warm, it's loving, it's funny. And these are characters you want to invite into your home when you're doing your laundry, and cooking your dinner, and in bed about to go to sleep. And I think that's how it feels: comfortable.”

On the legacy of “Friends”

“I don’t know that there is one lesson to be learned, and I don't think there is a formula to follow that will give another show that kind of popularity. I think we did it at a time when television was much more about appointment TV. And that has changed quite a bit. So, I'm not sure that they'll be able to, in this field of TV, get that kind of attention.”

On the most unlikely person that is a fan of “Friends”

“My rabbi. ... It’s one of those strange interactions where the last thing you expect is to be talked to about your TV show. So, that was pretty surprising. I also had — and I loved this —it was an elderly man. He must have been in his lower 80s, telling me how he went to bed to it every night because it made him giggle.”

More Highlights From The Show

On the nostalgia – and comfort – of “Friends,” and other ‘90s sitcoms

Eric Deggans: “Having covered TV for a long time … it's been interesting to cover ‘Friends’ as a contemporary TV show — when it was airing — and then to also now be covering, 25 years later, all this nostalgia for the show. Now, from my perspective, I sort of feel like this is not that unusual. I mean, ‘Happy Days’ was a classic TV show that was reflecting nostalgia for the ‘50s. It was on the air in the ‘70s, and it was reflecting nostalgia for the ‘50s. So, it kind of makes sense to me that 25 years after ‘Friends,’ we would be nostalgic for those shows from the ‘90s that were big. And the themes of ‘Friends’ are classic themes. It's about found family. It's about what happens when young people leave their biological family, and they create a family of friends. And, it's amazing to me, I have a 15-year-old son who has watched every episode and every season of ‘Friends’ three times. Because there's a resonance to this show — and to its themes — that is reaching younger viewers.”

"‘Friends’ is a show that's very well titled. Because these become like your real friends -- and they're always there for you. And, you have this connectedness to them that is like calling your best friend in the middle of the night, just for support."

Cristel Antonia Russell: “‘Friends’ is a show that's very well titled. Because these become like your real friends — and they're always there for you. And, you have this connectedness to them that is like calling your best friend in the middle of the night, just for support. They're always going to deliver. They're always going to be there. And, on top of it, you have control over when you get to see them, and hear from them. So, no doubt, it relieves stress [and] anxiety. It's this notion of comfort food. … It's going to deliver, because you've watched it before. So, you know it's a guaranteed feel-good. Otherwise you wouldn't reach out for it.”

Deggans: “TV, back then, was also often very segregated. And, what's interesting to see, is that the nostalgia is also becoming a bit segregated. There are people out there who are nostalgic for ‘Living Single,’ and ‘In Living Color,’ and ‘Martin.’ Some of the black-centered comedies that were actually programmed by Fox as counterprogramming against the ‘must-see TV’ shows like ‘Friends,’ and ‘Frasier,’ and ‘Seinfeld.’ Which were incredibly white, and presented very diverse, urban areas like New York City and Seattle as almost devoid of people of color. So, it's also been interesting to see how the nostalgia can be a little segregated, as well. And we should definitely talk about some of these great shows from the ‘90s that featured black casts and non-white casts that some people are nostalgic for.”

"TV, back then, was also often very segregated. And, what's interesting to see, is that the nostalgia is also becoming a bit segregated. There are people out there who are nostalgic for ‘Living Single,’ and ‘In Living Color,’ and ‘Martin.’"

Russell: “It's also a lens to see how society has changed. And I think this is also a lens through which you look at the past and there might be some things that you miss. But, there's probably also some things that you’re like, ‘Whoa, we could not get away with that kind of language today.’ Or, ‘Whoa, those haircuts.’ I mean, it can be the trivial stuff. But, also the more significant stuff that makes you realize whether society has changed in a way that you appreciate, or in a way that kind of scares you.”

Sydney Wertheim helped produce this story for the web.