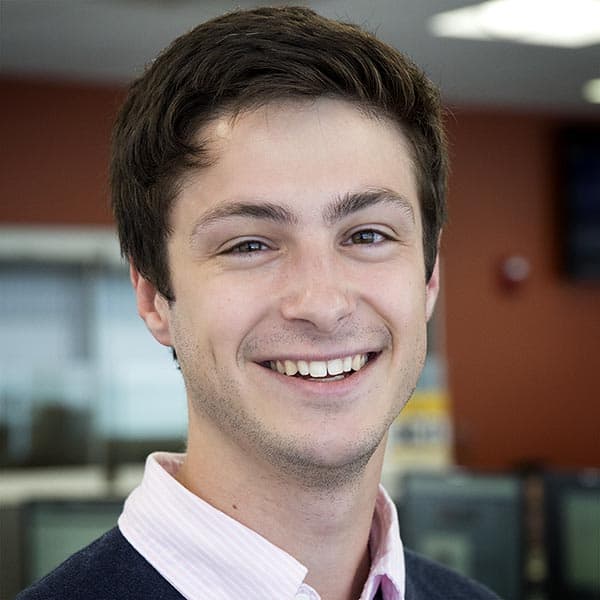 Alex Schroeder is a digital producer for On Point. He joined the show full-time in 2018 after working at WBUR for two years in various freelance roles in both digital and radio production.

Alex started at WBUR with an Only A Game internship during his senior year at Tufts University, where he studied English. Returning to Only A Game after graduation, Alex produced stories on everything from Kareem Abdul-Jabbar to one undocumented immigrant's journey to go to college in the U.S.

He also worked with Only A Game freelance reporter Shirley Wang to bring the story of her father's friendship with Charles Barkley to the NPR airwaves.

Alex also worked at Here & Now as a digital producer and at The Boston Globe as a sports and metro correspondent during his freelance stint. Now, he spends his time building posts on WordPress, writing screenplays, and playing pickup basketball.