One of the most popular classes at UMass Lowell is all about monsters and what the creepy-crawlies of science fiction tell us about our fears around technology, science and the future. Professor Todd Avery joins us to talk about what we can learn from famous sci-fi monsters.

On why Frankenstein is such a major part of Avery's course:

"Originally this course was called "Frankenstein's Monsters," and that evolved over time. But it began with a focus on Frankenstein, which is a novel that I actually wrote my undergraduate English thesis on. And then I went to graduate school fully intending to study Mary Shelley more ... and somehow I ended up getting sucked into a 19th century vortex and spit out on the other end. And so I really specialized in late 19th century and early 20th century literature. But I've always been fascinated by Frankenstein. And one of the reasons is that ... it's the beginning of science fiction. And so we can think of Mary Shelley as the mother of science fiction.

"For a long time, the fathers of science fiction were often referred to from the late 19th century, included H.G. Wells — in the slightly earlier Jules Verne, the French writer — but Mary Shelley was really the mother of science fiction. And she gave us a fundamental modern myth in the story of the mad scientist who wants to play God using modern science and technology, but fails to imagine the potential negative consequences of his art."

On the evolution of Mary Shelley's work:

"And he's working right in that Frankenstein line. Which, you know, you go back to Frankenstein, and we're talking about a scientist who harnesses the latest in electrical and other scientific, chemical, mathematical, physical developments of that time. Galvanic batteries, for instance, were kind of all the rage during the time when Mary Shelley was writing her story. And so electricity was always a key component of it. But Mary Shelley created this story about. Essentially, do not go into that cave, that there's certain kinds of illicit knowledge, things that we're not meant to know. And she also created the idea of the scientist as the person who is illicitly manipulating the natural world. Supplanting God." 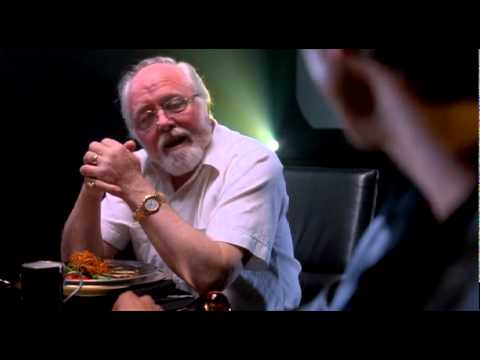 On new-age monster stories coming from the New England region:

"There's a wonderful young adult novel that tells a kind of monster story published back around 2002, I think it was by M.T. Anderson, who lives in Cambridge and is a National Book Award winner. He wrote a novel called Feed, which is a futuristic, dystopian novel in which all of the characters are implanted with a chip into their brain. ...It enables them to receive messages from the "Feed Net" 24/7. It is a little bit 1984. But it's also the age of social media."

"He also includes nanotechnology, for instance. And I know there's a lot of nanotechnology research happening here. I think there's still a collaboration between Northeastern and UMass Lowell and the University of New Hampshire on this. So, yes, Anderson writes this novel as, again, a kind of a cautionary tale about how profit motive can sort of, in a sense, hijack potentially beneficial scientific developments. And also, he's writing a kind of critique of emergent social media."