A researcher has discovered the identity of the last-known survivor of the trans-Atlantic slave trade in the United States.

Redoshi, later given the slave name Sally Smith, was kidnapped at the age of 12 from Benin in West Africa, in 1860. She was sold into slavery, making the journey to Alabama on the Clotilde, the last-known slave ship to arrive in the U.S.

"This was about hopefully giving a sense of the lived realities of this sort of terrible history — that's obviously not just a U.S. history, but is also British history, European history, Caribbean history," Durkin says. "This is all of our history. So to give voice to one woman felt — even if it's just one woman — really, really important."

On what is known about Redoshi's life in Africa

"Very little, unfortunately, because ... the sources, the archival material, gives very little detail about her life in West Africa. There's one newspaper interview with her in 1932 that ... uses all these sort of fantasies of Africa — that doesn't really help us to understand her life. But it appears that she was from the same town as Cudjoe Lewis, who was previously thought to be the last middle passage survivor, and I guess a really good resource for understanding Cudjoe Lewis' life and therefore Redoshi's life. There's a book by Sylviane Diouf called 'Dreams of Africa in Alabama,' so that's really helpful I think for telling the Clotilde survivors' story."

On ongoing efforts to find the slave ship Clotilde

"Archaeologists are actually currently searching for it. They thought they'd found it early last year, but it turned out that the boat was too big. For a long time, its existence was denied, so the story, the horrible life experiences of the Clotilde survivors was also denied. Many of the Clotilde survivors set up a community called Africatown in Alabama, which is incredible because as soon as they achieved their freedom, they tried to return home, but obviously they weren't able to do that. And so they actually set up a community among themselves — descendants still live in Africatown."

"She was only enslaved for a short period of time, but obviously she was economically exploited and forced to ... live a very sort of limited life, a very impoverished life."

On how this young girl named Redoshi became Sally Smith

"She basically was purchased by a man called Washington Smith as soon as he arrived in the U.S. So she was sold immediately, apparently as a child bride. She was forced to work in both the fields and in the house, the slave owner's house, and she was basically enslaved for about five years. She still had to work as a sharecropper, her husband had to work as a sharecropper on the land in which they were enslaved. But it does eventually appear that they managed to buy their own land, because the community that they lived in, it's called Bogue Chitto ... that was a community of landowners, so somehow they managed to buy their own land."

On how Redoshi adapted to life as a free woman

"She was only enslaved for a short period of time, but obviously she was economically exploited and forced to ... live a very sort of limited life, a very impoverished life.

"What's incredible I think about Redoshi is that he worked so hard to retain her language and to pass it on to her daughter and some of her grandchildren. She worked to hold on to her West African religious belief ... just incredible resilience in what must have been an unimaginably traumatic experience, together with obviously the permanent separation from your homeland, it's just sort of very hard to comprehend what she must have been through." 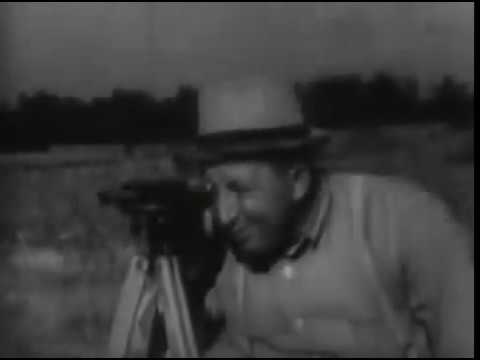 On whether Redoshi was really 110 years old when she died in 1937, as claimed in a film made by the Department of Agriculture

"Certainly in the film footage ... there's a sense of presenting [Redoshi] as a sort of living relic of the history of slavery, and it's sort of presenting her in a way that is sort of not really telling a story at all and not really giving her a voice. In fact, you can see her mouth move in the film footage, but there's no audio track, so you can't hear directly from her."

On how she was able to determine Redoshi is the last-known survivor of the trans-Atlantic slave trade, even though others have written about her

"Zora Neale Hurston wrote a letter to Langston Hughes in which she referred to Redoshi, but she didn't name her. And so I was looking at this posthumously published manuscript called 'Every Tongue Got to Confess,' and it happened to have an index in it with all of the names of her interviewees, and there happened to be one woman called Sally Smith, born in Africa, and I sort of realized that that was the woman in the letter.

"And so I looked at a book that just being reissued actually by a historian called Alston Fitts, and it just so happened that ... perhaps he'd read Amelia Boynton Robinson's book, her memoir, and sort of realized that the woman that she was referring to in her memoir as this survivor of the trans-Atlantic slave trade was also the woman that Hurston referred to in the letter. So he'd already made a connection, but I don't think it explored it further. He hadn't worked out that she was Clotilda survivor, and he hadn't worked out that she outlived Cudjoe Lewis."

On her takeaways from conducting this research

"It's really, really sad, and really, really shocking to sort of be confronted with a woman's life. The thing that really I took away — or tried to bring together — was the fact that there are ... almost no firsthand, personal accounts by women survivors of the trans-Atlantic slave trade. So you have just literally ... words or a few sentences."

Marcelle Hutchins produced this interview and edited it for broadcast with Kathleen McKenna. Jack Mitchell adapted it for the web.