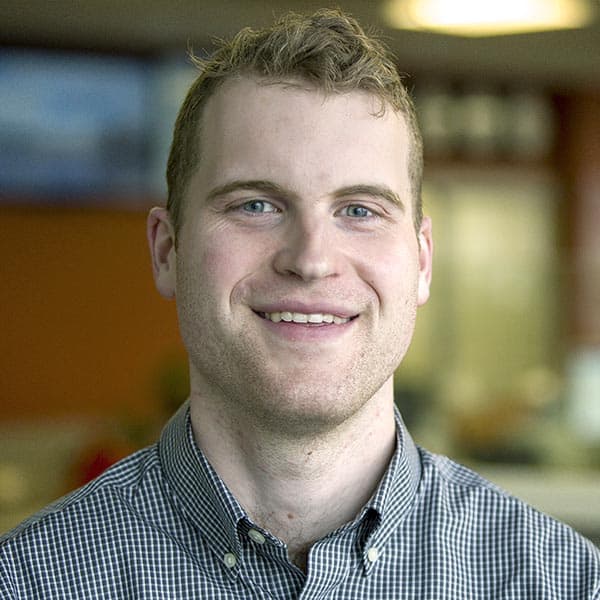 Jack Mitchell was an associate producer in WBUR's newsroom. He worked across a range of departments and shows — from the newscast unit, to WBUR.org, to Radio Boston.

Jack previously worked as a project manager, editor and producer on Project CITRUS, an initiative aimed at expanding the quality, quantity and accessibility of WBUR's on-demand audio news. The project was made possible by a Google News Initiative grant and led to several groundbreaking WBUR news products, including conversational experiences for voice platforms and short-form daily news "microcasts." Jack was also a founding producer of the Boston segment of NPR's first localized podcast, Consider This, produced in collaboration with GBH.

Prior to CITRUS, Jack was a digital producer and editor for Here & Now, NPR's midday newsmagazine produced at WBUR. He started with the show as an intern. Jack managed Here & Now's website, producing and editing digital articles and social media posts, and shaped the overall digital strategy of one of public radio's flagship programs.

In 2019, Jack was selected for a fellowship in WBUR's iLab, leaving his regular Here & Now duties for one month to focus on a special podcast project.

He graduated from the University of Connecticut in 2016 with a dual degree in journalism and American studies. When he's not editing Google Docs or writing pithy Slack messages, Jack enjoys hiking in the White Mountains and listening to J Dilla instrumentals.