Amtrak is moving away from the decades-old tradition of making a reservation to eat a freshly prepared meal on a white tablecloth in one of its dining cars.

The rail carrier says it’s changing food service options on some long-distance routes as a way to save money and attract more younger passengers, The Washington Post reports.

“It really is majestic,” he says of the dining cars, “and for all the things that are so different now in our lives from how they were just a decade ago, this is one of those moments where you feel like you could be doing this a century earlier." 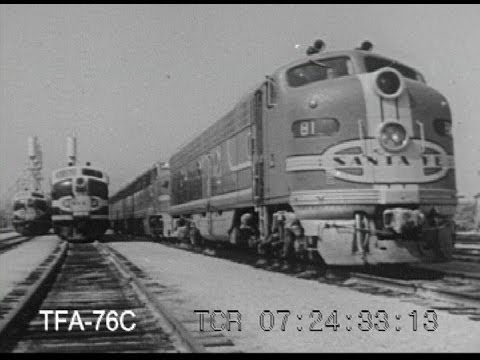 Dining cars have been apart of Amtrak since its trains first rolled out of the station in 1971. Since then, riders have been packing into booths to dine on fresh food prepared by cooks in an on-board kitchen.

The full-service dining cars allow guests on long-distance journeys to order from an extensive menu with choices like a $39 land and sea combo with a Black Angus steak and crab cakes, or a $16.50 rigatoni pasta with vegan soy sausage on its route from Chicago to Seattle.

The dining car experience isn’t perfect: Kaplan says there aren’t many tables so it can be hard to get a reservation. Since booths are scarce, the staff sometimes nudge diners to move along to make room for other quests — quite unlike fine dining.

But it’s not the service or the food that kept Kaplan riding the dining car.

“The food is good. There's better food in the world,” he says. “But there are no better views for my money than just eating as you're in motion through the Rocky Mountains or over a railroad bridge going over many of this country's waterways.”

Kaplan’s memories of dining cars span over a decade — he recalls dining with an elderly ranching couple from Montanna on Amtrak 10 years ago and meeting a man from Maine this past summer.

This social experience is what the end of the dining car will change, he says. Amtrak seems to feel young people don’t want to make a reservation to dine next to strangers — they want to eat on their own schedule with their own company.

“I guess we live in an on-demand world,” he says. “People no longer want television, for example, served to them when the networks want to give it to them. They will watch the show when they want it.”

The move follows a broader trend in the travel industry, Kaplan says. For airlines, the focus on dining has shifted from on-board to the terminals since some people prefer eating a meal before they hop on a long flight.

Food isn’t the only thing transportation companies like Amtrak are reassessing. Dining cars are found on long routes, but Kaplan says cross-country trips don’t make the company much money compared to more frequented shorter trips like along the northeast corridor from Boston to Washington D.C.

The company could look to cut the frequency of these long routes going forward or even stop running certain routes altogether, he says, even further altering the tradition of the American railroad.

Editor's Note: We've updated the web version of this story to reflect that Amtrak has limited its dining car service on certain trains. A "flexible dining service" will still be available on seven routes, according to a spokesperson.

Ashley Locke produced and edited this interview for broadcast with Kathleen McKenna. Allison Hagan adapted it for the web.