Caffeine and sugar are two well-known ingredients in Coca-Cola — but many soda drinkers may not realize the fizzy beverage also contains salt.

But why add salt into a sugary drink? To make consumers thirsty and ready to buy more, says Dr. Robert Lustig, professor of pediatric endocrinology at the University of California, San Francisco.

This is part of what Lustig calls “the Coca-Cola conspiracy” and it’s contributing a dangerous sugar problem in the U.S.

Nutrition experts are increasingly sounding the alarm on sugar, with some comparing its adverse health effects to smoking.

Sugar consumption can trigger a number of chronic diseases including Type 2 diabetes, heart disease and cancer — even leading some teenage soda-drinkers to need liver transplants, Lustig says. People get addicted to sugar the same way they do drugs, alcohol, gambling and social media, he says.

This problem isn’t an easy one to fix because food companies, like Coca-Cola, are profiting off Americans’ sugar addictions, he says.

“The only way we are going to fix this problem is when there are more votes than dollars,” he says. 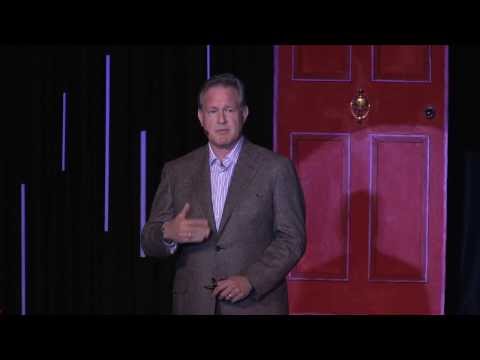 On why sugar is dangerous

“People think that sugar is just empty calories and they think, 'Well, you get some discretionary calories during the day. So why can't they be sugar?' Well, if sugar were just calories, then they'd be right. Except they're wrong because different calories in foods are burned and absorbed, digested, metabolized in different ways and do different things and contribute to different diseases.

“It's not a habit. It's an addiction. And anybody who says, 'Oh, you know, I have this horrible sweet tooth.' That's sugar addiction. So sugar is addictive in the same way as alcohol, in the same way as nicotine, cocaine, amphetamine, heroin, shopping, gambling, social media, internet pornography. All of these stimulate the same area of the brain called the reward center, the nucleus accumbens. Anything that causes the release of dopamine is, in the extreme, addictive.”

“First of all, sugar is two molecules bound together — glucose and fructose. Now, glucose is not all that bad. It's not great, but it's not that bad. However, fructose, because it is metabolized into that liver fat in the liver, that's where the problem comes in. In addition, fructose starts the aging reaction. It causes what we call caramelization. It's the reason for wrinkles. It's the reason for cataracts. This aging reaction, this browning reaction, fructose does it seven times faster than glucose. And now, we have learned through work done at Joslin Diabetes Center that fructose specifically inhibits a mitochondrial enzyme that causes those mitochondria to burn less well, which probably is one of the reasons for the persistent weight gain and also chronic disease. And the glucose doesn't do that. So there are some very specific differences between these two molecules.

"However, when you consume any form of sugar, whether it's sucrose, which is table sugar, cane sugar, beet sugar, the stuff you put in your coffee or high fructose corn syrup or honey or maple syrup or agave — doesn't matter, you're getting one of each molecule. And so sugar is a problem because of the fructose molecule.”

On how to solve the sugar problem

“I will be very honest with you. We will not solve this problem until the food industry solves it for us. And they have no interest in doing so because this is their gravy train. This is their juggernaut. This is how they went from 1% gross profit margin to 5% gross profit margin in the span of three decades. This is their livelihood and they are not going to do anything they don't have to do. And unfortunately, the government's in bed with them because they're making $56 billion a year off export tariffs off our food.

“And right now, we're just beginning to get some traction in the general public for this issue of food. Having said that, people need to understand what the problem is. They have to understand the difference between processed food and real food. And the difference is processed food is high sugar, low fiber. High sugar for palatability, low fiber for shelf life. Real food is low sugar, high fiber. Real food works. Processed food doesn't. Processed food kills because of these issues. And we could — repeat, could — fix this tomorrow if we wanted to. The problem is because sugar is addictive. People don't want to.”

On working with children with sugar-related health problems

“[It’s] impossible. It breaks your heart. The fact the matter is these kids are victims and we know who the perpetrators are. And the fact is the parents don't understand. And so it propagates itself. The fact is, what mothers eat during pregnancy ultimately impact on the number of fat cells children are born with. And those fat cells want to get filled. So these kids didn't have a chance even before they were born. Never mind afterward. I mean, how do you blame a 6-month-old for obesity? In fact, the matter is we have a problem and we have to address it.”

Chris Bentley produced and edited this interview for broadcast with Kathleen McKenna. Allison Hagan adapted it for the web.