As jail and prison inmates continue to be tested for COVID-19, some officials are releasing people as the virus gains a foothold inside correctional facilities across the country.

One of them is 33-year-old José Diaz, who was sent to Rikers Island jail complex in New York and released because he fell into the category of technical violations.

Diaz was 18 when he was involved with a fight between two groups. Someone was shot and killed — and although neither Diaz nor his friends were the shooters, they were convicted of manslaughter for being present.

After serving 13 ½ years, he was released on probation. He stuck to his parole restrictions for four years until he made a mistake: Diaz crossed state lines to visit family and was sent back to jail.

It took about 30 days until he was released again. To limit the spread of the coronavirus, Diaz and approximately 1,100 other low-level technical offenders in New York were released after an order by Gov. Andrew Cuomo.

“It definitely feels really good to be out,” Diaz says. “But on the opposite, it's still knowing that people are in, it's extremely depressing as well.”

COVID-19 is ravaging prison systems across the country. One of Chicago’s county jails has more than 350 cases of the coronavirus, making it the country's largest-known source of virus infections, according to data compiled by The New York Times.

Over the next 60 days, California plans to release thousands of nonviolent inmates to reduce the risk of inmates and staff of being infected with the highly contagious coronavirus.

But critics across the country have vocalized their distaste to the releases, even as COVID-19 continues to take inmate and staff lives at a dramatic rate.

“We have to look at it as a public health risk,” Diaz says, “and what that actually implicates when an individual says, ‘I don't want them to get out,’ is that they're actually giving me a death sentence.”

He says he lived in fear while in jail as the threat of a coronavirus outbreak began to feel more real. He says he saw no masks and no sanitizer while in Rikers Island.

“When it comes to cleaning solutions on chemicals, they're actually under tighter lockdown,” he says. “One perfect example is that I had a sponge where I was able to disinfect my area. Officer saw me using it, decided to take the sponge from me and lock it away.”

Fear also stemmed from the thought of being exposed to the virus through correctional officers, who are coming and going from the facility each day. Plus, Diaz says, it’s virtually impossible to socially distance in jail because “we’re so bunched up.”

While on probation, Diaz joined New York University’s master’s program and focused his work in Latinx studies, he says. He primarily chronicles the evolution of stickball — a game using a broomstick and pink rubber ball on the cement — in East Harlem’s El Barrio, “a neighborhood that's currently being gentrified now and really trying to archive like that history before it's no longer there to archive,” he says. 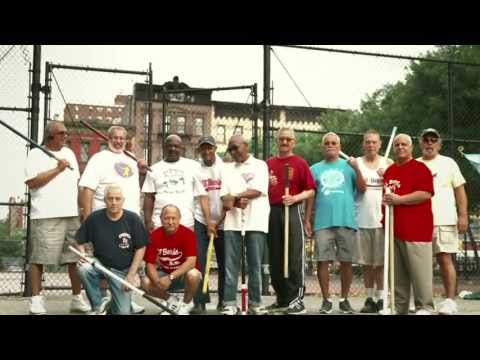 Before being sent back to Rikers Island, Diaz was fully embedded in his studies. NYU President Andrew Hamilton wrote a letter on his behalf and community organizers rallied behind him to be released.

Along with others in the NYU Prison Education Program, he is working to build a bail fund to help get more inmates out during the pandemic while looking at ways to reduce the prison population. He says one hurdle is addressing the incarcerated people with parole violations because there’s no bail available.

Another challenge, he says, are inmates who have taken some type of plea bargain — where they would enter a drug program, for instance. They’ll likely run into roadblocks because many programs are no longer accepting patients because of the pandemic, he says.

“So they just have to sit there indefinitely,” he says.

After being re-incarcerated at Rikers Island for a month, Diaz is now officially a free man — but is he, really?

Coming back to the city after being released was a “surreal experience” and felt “really scary,” he explains. Because of the coronavirus, the city is eerily empty, quiet — filled only with the sound of sirens.

“Even though I was locked in for the last 30 days, I'm also locked in now,” he says. “So freedom has been like a bittersweet pill to swallow.”

Marcelle Hutchins produced and edited this interview for broadcast with Peter O'Dowd. Serena McMahon adapted it for the web.