Three years ago, the strongest earthquake to hit Mexico in decades destroyed large parts of the southern half of the country. Among the wreckage was a vital community center focused on preserving the regional culture and music of Veracruz known as son jarocho.

That's when singer-songwriter Natalia Lafourcade, who lives nearby, decided to step in.

With the help of musicians from Mexico, Lafourcade put together a fundraising album called "Un Canto Por Mexico Vol. 1.” All proceeds benefit the reconstruction of Centro de Documentación del Son Jarocho in Veracruz.

The record has been a hit, winning the Latin Grammys Album of the Year award with special recognition of Lafourcade’s original song, "Mi Religión."

“It's been an amazing thing because I believe that this album is not just about me working my music and working my songs, but it has this Mexican spirit and this Mexican thing that is not only me, but many, many people involved in this,” Lafourcade says. 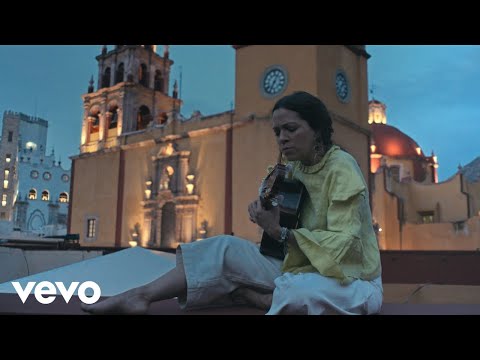 Making the album was special for Lafourcade because she was able to fuse together her style with that of the musicians versed in traditional Mexican music. The process also reminded her of the early days of her career, singing live with a mariachi band behind her.

“I never forgot how that felt,” she says. “I remember my whole body was shaking and I was super, super nervous. … And I remember like having this feeling and thinking, 'Wow, this music is amazing and I never wanna go down [off] the stage and this is my place, like this is the thing that I want to do forever.’ ”

The album has a richness and texture that makes listening to it feel like eating traditional Mexican food, Lafourcade says.

“I think that that is the reason it became so rich and so special and so magic because when I listened to ‘Un Cantor Por Mexico,’ it tastes like mole,” she says, “and you can feel the landscapes that you see in Mexico, like if you go from the north to the south, you can see those places in the music.” 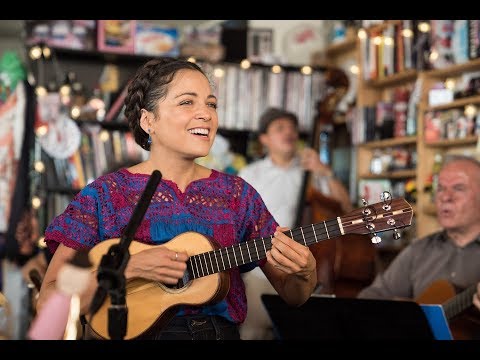 Throughout her career, Lafourcade says she has looked to traditional music to help her become a better songwriter. With this new album, she wanted to create a sound that puts a fresh spin on that old music, “but at the same time, it has this old soul and feeling.”

Lafourcade is working on a follow up album that will be released in the spring of 2021. She says she wanted the release of the second record to coincide with the reopening of the Veracruz community center, which is set to open its doors again next year.

The center needs to continue doing the important work that it’s focused on for more than 20 years: keeping the tradition of son jarocho alive, she says.

"So we just made the decision of waiting until it's well done so we can release the piece of music,” she says, “and it will be like a celebration, like a big celebration for us.”

Cristina Kim produced and edited this interview for broadcast with Jill Ryan. Samantha Raphelson adapted it for the web.