Banjo great Béla Fleck’s “Throw Down Your Heart: The Complete Africa Sessions” reissue has been nominated for Best Historical Album at the Grammy Awards.

Back in 2005, the now 62-year-old acclaimed musician went to Africa to explore the origins of the banjo. Fleck toured through Uganda, Tanzania, Gambia and Mali, jamming with local musicians. Along the way, the music they created inspired a documentary film and two albums, including one called “The Ripple Effect,” which are all part of the Grammy-nominated release.

A clear standout from Fleck’s trip is Bassekou Kouyate of Mali. Kouyate plays a traditional string instrument called the ngoni, “the father of the banjo and the grandfather of the guitar,” he says through an interpreter.

The ngoni is one of the most traditional instruments in his home country, he says, and is played at ceremonies such as marriages and baptisms.

“This instrument for me, it's in my veins,” he says. “When I touch it, I think of the birth of ngoni right through until the present. It's like it's in my blood.”

The Kouyate family — musical in nature — are griots, he says, “keepers of customs” and “tellers of the people.” His father, grandfather and great-grandfather all made music, going back to before the birth of Jesus Christ, he says.

His wife, singer Ami Sacko, also appears on Fleck’s album on the song “Kandjo.” In the footsteps of his ancestors, he believes his children will carry on the family ngoni tradition.

Fleck and Kouyate’s sessions together became unstoppable. Kouyate describes Fleck as “a machine” — a musician unlike anyone he’s met before.

As for Kouyate, Fleck says his “big energy” translates seamlessly through the ngoni.

“When he plays, it's unreal,” Fleck says of Kouyate.

Fleck’s journey in Africa helped him deepen his understanding of the banjo’s origins. While he already knew the instrument came from Africa, playing in person with musicians there “was a whole different level of experience,” he describes.

As a New York City native, Fleck’s involvement with the banjo has been slightly complicated by the instrument’s commonly misconstrued history. No, it’s not a southern white instrument, he says, but rather brought and introduced to the United States by enslaved Africans.

“As white folks appropriated it, they wore blackface and sang songs about how awesome it was on the old plantation,” he says. “And that really rubbed people the wrong way back in the day.”

As a result, he says, formerly enslaved people distanced themselves away from the instrument, leading to a banjo drought.

“Then it had this resurgence in the South by white players such as Earl Scruggs, who sort of brought the banjo back from death's door,” Fleck says. “I mean, it was really going away. And he brought this whole new way of playing the banjo.”

While playing and studying the banjo in Africa, Fleck says he was able to improve his techniques. The experience “added more facets to my grab bag of ideas and techniques and musical phrases that are accessible to me now,” he says. 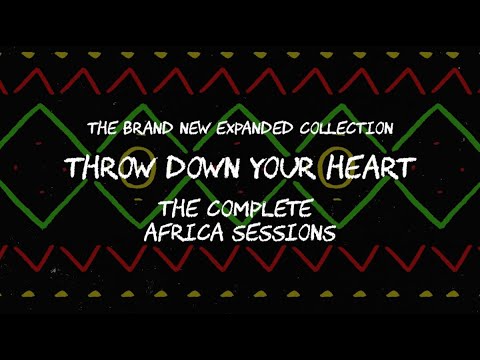 But on his trip, he wasn’t able to connect with Toumani Diabaté, a Malian kora player who Fleck praises as “one of the greatest instrumentalists of the world.”

Fortunately, they later met at a folk festival in Winnipeg, Canada, where the two were put on stage to perform with no prior rehearsals, he recalls.

Together, Diabaté and Fleck recorded “The Ripple Effect,” an album named after the “hypnotic, rippling, magical” sounds both a kora and a banjo produce, Fleck says.

“All we had to do was put our ripples together and we were in business,” he says.

Fleck released “Throw Down Your Heart” in 2020 when the Black Lives Matter movement drew national attention to issues such as cultural appropriation. He says for him, the 42-song album and accompanying documentary serve to prove the banjo’s rightful origins.

“When I made this film, it just wasn't as well understood by people that the banjo was from Africa. A lot of people thought I was crazy. I had arguments with people about where the banjo came from,” he says. “And for me it was all about pointing the light back to the truth about the banjo.”