This segment was rebroadcast on Thursday, July 15. Click here for that audio.

Amy Solomon says she’s always dreamed of recreating a 1976 book called “Titters: The First Collection of Humor by Women” — the only work of its kind for decades.

To fulfill this long-held ambition, Solomon edited "Notes from the Bathroom Line: Humor, Art, and Low-Grade Panic from 150 of the Funniest Women in Comedy,” which comes out this week.

“My ultimate icon queen is Gilda Radner. I grew up obsessed with her,” the producer for HBO’s “Barry” and “Silicon Valley” says. “I mean, I still have a bit of a shrine to her on my bookshelf.” 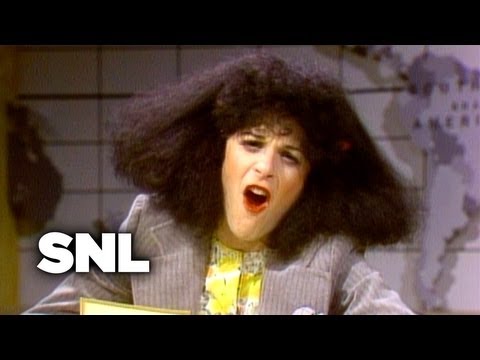 Solomon, a self-described “big dork with no friends,” says she doesn’t know all 150 women featured in the book personally. She started asking her friends about their favorite women in comedy and then weaved a web of talented writers.

“Funny women have always been my favorite thing in the world,” she says. “Clearly we should be making room for way more. And I hope this book shows people like, oh my God, you could hire all of these women to make your TV and movies and everything.”

Throughout the book, comics respond to prompts. Ayo Edebiri, a contributor who voices Missy on Netflix’s “Big Mouth,” answered a prompt that asked for the story behind the hardest she’s ever laughed. Her answer involves a classic scene from “The Office” where Dwight stages an elaborate fire drill and panic ensues.

Edebiri didn’t watch “The Office” growing up. Working as a writer’s assistant at age 21, Edebiri shocked her coworker by revealing she’d never seen the fire drill scene, known as one of the most iconic cold opens in television. Her coworker played the scene and Edebiri couldn’t stop laughing.

“By the time the cold open was done, I had relieved myself on myself and not in a light way, not in sort of like a dainty [way],” she says. “That was my bathroom break.”

After peeing her pants laughing ("Ayo-style," as Solomon calls it) at the funniest thing she’d ever seen, Edebiri continued working in the same chair for the rest of the day with a jacket tied around her waist. She says she never finished watching “The Office” but learned from this experience that the show is hilarious. 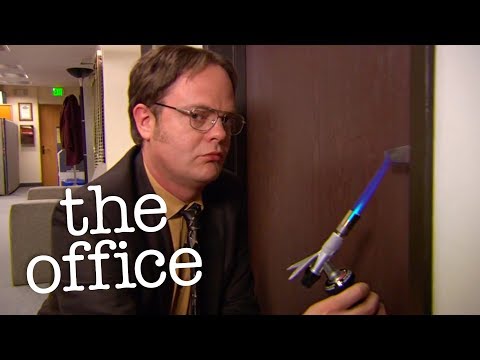 Solomon bellowed her hardest laugh while trading candy with her sister and a friend on Halloween as a kid. The sound of her sister farting on the hardwood floor made Solomon and her friend cackle.

“Of course Ayo's story is about peeing herself and mine's about farts,” Solomon says.

“Let's be clear: There's a lot more than peeing and farts in this book,” Solomon says, “but that's what we've chosen for this very smart program.”

Emiko Tamagawa produced and edited this interview for broadcast with Jill Ryan. Allison Hagan adapted it for the web.

I grew up obsessed with Gilda Radner. As in, worship-at-a-homemade-shrine-next-to-my-bunk-bed, believe-I’m-her-reincarnation-level obsessed. My high school peers were hanging out and making out while I was hogging my family's shared desktop computer, trolling eBay for anything Gilda-related I could get my hands on. (My first experiences with sex/drugs/rock n' roll were all staggeringly delayed due to this behavior.) Eventually I came across a book from 1976 called Titters: The First Collection of Humor by Women, edited by Deanne Stillman and Anne Beatts. It had a piece in it by my beloved Gilda, but also ones by Phyllis Diller, Candice Bergen, Laraine Newman, and tons more genius women in comedy. Titters was 192 pages of essays & parody & fiction & satire & cartoons & even paper dolls and it blew my mind.

Gilda and Titters were powerful gateway drugs and I became addicted to funny women. I went to college and they were everywhere, I moved to LA and they were everywhere, I got to live my dream of working in comedy and they were everywhere (though, for the record, we could make room for more). But it kept bugging me—where was the next collection of humor by women? Selfishly, I wanted another. Women were publishing brilliant things individually but I wanted them all in one spot. One of the things I loved about Titters was that in bringing all of those pieces together, it became a time capsule of sorts. It gives you such a visceral sense of its wild era, and all through humor, which I think is our most honest and illuminating lens. I felt like it was time to do that for this wild (read: bonkers, insane, terrifying) era of our own, and so I set out to commission pieces from my favorite women in comedy today. And now, approximately 500,000 emails later, you're holding all of them!

Notes from the Bathroom Line is a book of new, never-before-published writing and art by so many of my favorite women in comedy today. I hope it confirms that the women you already loved are indeed brilliant, and that it introduces you to women who become your new obsessions. This book is by women but by no means just for women—it's about anything and everything, and there are more than 100 pieces that range from essays to fiction to cartoons to sheet music to much more. I encouraged the contributors to write about whatever was on their minds, and I’m hoping it resulted in a hilarious time capsule of our own. If you agree please shout it from the rooftops. If you disagree, please keep it to yourself: I have sunk way too much time into this.

I’m so excited for you to read this book, but to be honest, I’m a little sad to be done with it. I am an unabashed fan of all of these women, and collaborating with them was a joy from start to finish. They were so generous with their time and their talents, and their excitement in recommending other gals they’re fans of and seeing each other’s contributions was life-affirming and infectious. I live to recommend things to people—namely bookstores, things to do in Chicago, and my amazing allergist in Los Angeles—but the women in this book are my favorite thing to recommend yet. I hope you love them as much as I do.

Excerpted from NOTES FROM THE BATHROOM LINE: HUMOR, ART, AND LOW-GRADE PANIC FROM 150 OF THE FUNNIEST WOMEN IN COMEDY by Amy Solomon. Copyright © 2021 by Amy Solomon. Excerpted by permission of Harper Design, a division of HarperCollins. All rights reserved. No part of this excerpt may be reproduced or reprinted without permission in writing from the publisher.