In the summer of 2015, you could tune into Top 40 radio and hear a sound straight out of the ‘50s: rich, twangy guitar, a slow Southern soul beat, and a voice that echoed Sam Cooke, Otis Redding or Willie Nelson.

“Coming Home,” the opening track off of Leon Bridges’ 2015 debut album named after the song, was like glittering gold in a pan of red Texas dirt. The album was a love letter to that tradition of Texas soul — a period study in swimming across the Mississippi River to ask a special someone for another chance, backed up by a fuzzy, dusty big-band you’d nod your head to over a couple beers.

“I’m coming home to your tender, sweet loving … you’re my one and only woman,” sang Bridges, a Texas native with a mind for heartache and a voice for making that pain and adoration felt in every bone and tendon.

“Coming Home” shot up the charts that summer, flying past corporate muzak and tinny, derivative pop and into the nation’s consciousness.

After the success of that album, Bridges followed it up by leaping a couple decades ahead into the interwoven tapestry of ‘80s and ‘90s R&B. On his sophomore album, “Good Thing,” he leaned into the bass, synthesizers and drum machines that came to the forefront somewhere between Reagan and Clinton — Bill, not George.

Bridges showed what he’s capable of with a Grammy win in 2019. Now in the 2020s — as Black men and women are dying global, viral deaths in a time of anger and isolation — the question is not what he can do, but who he is.

The resounding answer is “Gold-Diggers Sound,” Leon Bridges’ third album, born out of a residency Bridges played at the Gold-Diggers hotel, studio and bar in East Hollywood.

“It has somewhat of a kind of unassuming vibe from the exterior of it, somewhat of a refuge in the midst of this like gritty city,” Bridges says. “And we had basically been digging and searching for the right sound over the course of two years, and we wanted to find a place that was aesthetically-inspiring, that we could just fully immerse ourselves in and cultivate this sound that was unique to me.”

If the first two albums were pruning and preening a gnarled tree of inspiration, “Gold-Diggers Sound” is exactly as Bridges puts it — cultivating a new garden that is wholly him.

The opening track, “Born Again,” approaches the listener slowly, feeling out a new connection with the audience that isn’t predicated on an established genre. A slow chord progression on an electronic keyboard is bolstered by trembling strings, and finally Bridges’ voice: “Sit still, take it slow, soak it in.” The track features legendary pianist and producer Robert Glasper.

“I noticed initially that I was immediately boxed in,” he says, “and I wanted to deviate from that.”

The song “Motorbike” served as Bridges’ “north star” that guided him on how to shape the album’s sound, he says.

“I wanted to create this vibe of escaping and just living in the moment,” he says. 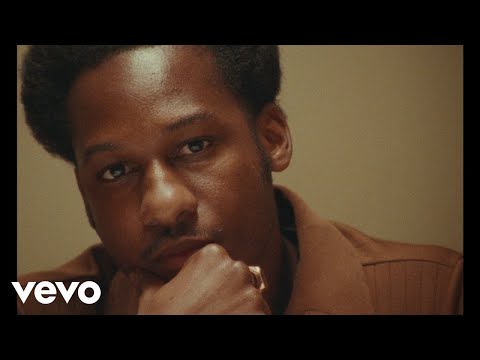 Bridges and his producer Ricky Reed talked about the idea of encapsulating a “samurai cowboy” on the album.

A samurai cowboy is a lone ranger, a taciturn defender of freedom with a face of granite and a heart of gold, wandering the vistas and picturesque landscapes of Texas with a scrappy hound or a wistful steed.

Between the Atlanta trap-inspired beats, sparse synth horns and echoing violins, Bridges pulls it off with aplomb.

Any art made in the past year inherently cannot be separated from the events of the past year. “Sweeter,” one of the singles that came out ahead of the album’s release, became an anthem during the reckoning last year in the wake of George Floyd’s murder.

Bridges, a Black man, put words to brutal, generational trauma and the replay of shocking videos — concrete evidence of a systemic hatred that couldn’t be ignored.

"I thought we moved on from the darker days. Did the words of the king disappear in the air, like a butterfly? Somebody should hand you a felony 'cause you stole from me my chance to be."

Bridges wrote “Sweeter” prior to Floyd’s death about “the perpetual narrative of unarmed Black men dying in the hands of police,” the artist says. He knew he needed to write about the issue during a jam session with friend Terrace Martin.

“Through most of my career, I’ve been scrutinized for not making political music,” he says. “Racism is something I’ve experienced, and obviously [I’m] not oblivious to that reality. It was just really challenging finding the words.”

In a statement after the murder of Floyd, Bridges said, “I have been numb for too long, calloused when it came to the issues of police brutality… I cannot and will not be silent any longer. Just as Abel’s blood was crying out to God, George Floyd is crying out to me.”

When he saw the video of Floyd’s murder, he recalls standing in the kitchen and bawling.

“I saw in that moment that that could have easily been me,” Bridges said. “I had never really shed tears over someone I didn’t know, you know, because I’ve always just kind of shut everything off when it came to police brutality, because it hurt feeling that.”

Bridges confronts his feelings of helplessness and inadequacy on “Gold-Diggers Sound” not just on issues of race, but in his own skyrocket trip to international fame.

“I just felt like I wasn’t prepared enough to be in the limelight. For me, just being the person that I am, it was really hard to kind of go there,” he says, “but I can say the pandemic, for me, kind of allowed for me to heal.”

This album is a breakthrough moment for Bridges, who has been pigeonholed and relegated by critics as a Cooke or Redding knock-off. Those claims failed to see the artist beneath, to understand that everything new re-envisioned something old.

The mature, self-confident sound on “Gold-Diggers Sound” wouldn’t have been possible without Bridges finding his voice on his first two albums.

“I’m sending the message that I can make whatever I want to make. The pool of inspiration is communal,” he says. “And so this album is just about being honest about all those things that inspire me.”