Most know Randy Rainbow as the singer, satirist, and comedian in pink-framed glasses whose Broadway-themed video parodies skewered former President Donald Trump and others over the last five years.

Those videos, of course, keep on coming — more targets have included topics ranging from vaccine distribution to Florida's "Don't Say Gay" bill. These days, it's hard for Rainbow to believe that the idols whose posters and Playbills he plastered on his bedroom walls as a lonely, bullied kid, growing up in Long Island and Florida — people like Stephen Sondheim, Patti LuPone, Barbra Streisand — are now his admirers. Rainbow writes about it all in a new memoir “Playing with Myself,” which is as funny as it is poignant.

Rainbow says many readers who came to know him as Trump’s “musical, on-screen, comedy nemesis” don’t know that his own father is a “clone” of the former president. His father lacked a moral compass — and as he grew up and his relationship with his father soured, his supportive mother and grandmother told him his dad felt jealous. Rainbow struggled to understand his father’s jealousy but has since come to terms with it.

When Rainbow came out as gay — a moment that didn’t surprise his friends or
mother — his father took it as a “personal affront,” he says. His father was never outwardly disapproved of his queerness but, “like Trump, he really didn’t have a real belief system except that everyone should adore him. He was right about everything and he was always the victim.” 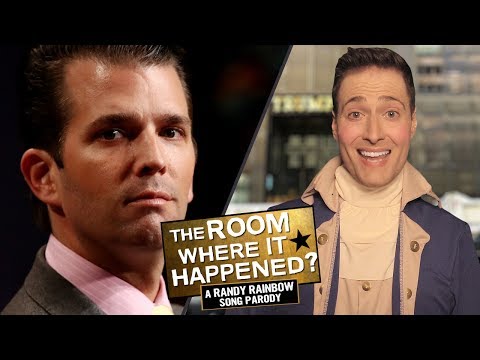 Rainbow’s support and inspiration came from his mother and maternal grandmother, the latter among his earliest comedic influences. He describes his grandmother as a perfect blend of Lucille Ball, Joan Rivers and Betty White.

At school, however, Rainbow felt increasingly afraid as he grew older and his bullies got bigger. To cope, he escaped into his imagination.

“Ironically, musical theater and escapism through fantasy, pretending I was the characters in my epic collection of Broadway cast albums helped me get through,” he says.

In the book, he writes about the strange dichotomy he presented to his classmates. During the school day, he remained silent in fear of standing out. Yet he always put his name on the sign-up sheets for school musicals and usually scored the lead role.

After graduating from high school, Rainbow spent time performing on a cruise
ship with a boyfriend. Then made his way to New York, where he struggled to make a living as a restaurant host (for a while at Hooter’s) and in offices. During this time in his life, he was sexually assaulted by a comedy producer who tricked Rainbow into coming away for the weekend with him under the guise of a business trip.

Though reluctant to include the story in his book, he’s happy he did because of the support he’s received. So many people — particularly gay men — shared similar experiences with him. Rainbow believes this is something that happens “quite frequently” in the gay community but isn’t really talked about, he says. 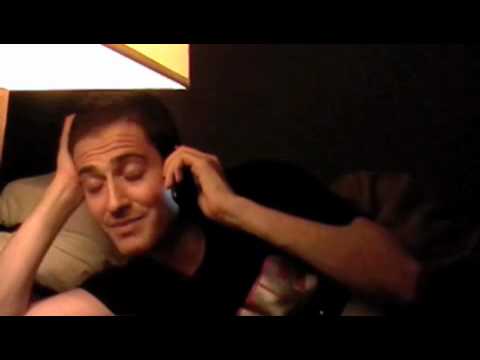 Rainbow’s first big break as a satirist came after recordings of Mel Gibson’s now-infamous homophobic, misogynist rants were made public about a decade ago. It was then that he came up with the idea of inserting himself into a video, playing Gibson’s boyfriend and responding to the tirade.

“It was really the birth of this shtick of mine,” he says, which he calls “Forrest Gumping myself” into the headlines.

And then came the run-up to the 2016 election. One of the first videos he made in that cycle was a send-off to Republican presidential candidate Carly Fiorina when she dropped out of the race called “GOP Dropout” (sung to the tune of Grease’s “Beauty School Dropout”). After it went viral, he could barely keep up. 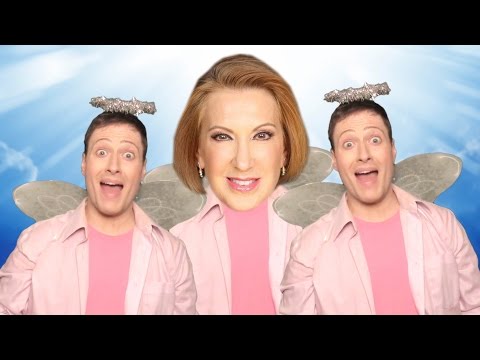 “I hadn’t slept for about four years,” he says, describing how he struggled to follow every tick in the news cycle. “It was thrilling, it was stressful and it was exhilarating in every way.”

Rainbow never heard from Trump or then-first lady Melania Trump, who Rainbow skewered in a video following her trip to the border wearing a jacket embossed with the words “I don’t care.” However, he did hear from both Anthony Scaramucci — “a big fan,” Rainbow says — and Trump fixer Michael Cohen, who invited Rainbow to be a guest on his podcast. He also heard that certain members of the administration were fans. 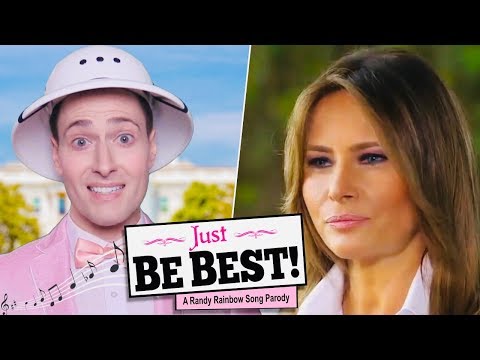 Though Rainbow’s career had taken off in ways he never expected, it hasn’t been without pitfalls. After making a spoof video where Rainbow swoons over then-New York Gov. Andrew Cuomo and what seemed like his exemplary handling of the pandemic, the tides shifted.

First, revelations emerged about Cuomo’s mishandling of New York nursing homes during the pandemic. Then, allegations of sexual misconduct in Cuomo’s office emerged, which ultimately led to his resignation.

That turn of events resulted in unexpected vitriol toward Rainbow, who says the video was meant as much to parody New Yorkers’ fixation on Cuomo as it was the governor himself. But the anger didn’t end there, as internet trolls started tweeting out decades-old jokes Rainbow had told during the early phases of his comedy career that he says he wouldn’t make today. 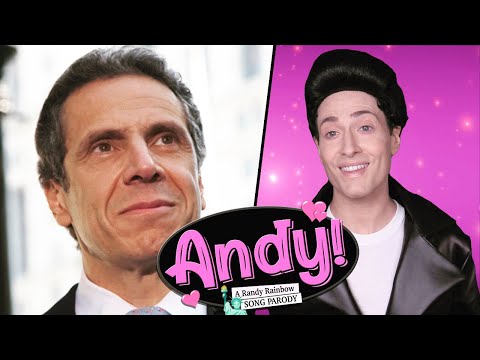 The experience was a painful one for him — and one he was eager to write about.

“I think it’s very nuanced. It’s not something I have all the answers on even to this day,” he says. “While I never want to offend anybody, I’m also a big defender of comedy and free speech in comedy. We’re in an interesting time now where things that were acceptable two years ago are being pulled from the airwaves.”

People who accuse him of being bigoted or intolerant aren’t painting an accurate picture of the whole person, he says. He views his memoir as a way to formally introduce himself and let readers “decide to love me or hate me,” he says.

When it comes to next moves, Rainbow says he’s now in talks with some “fancy -shmancy producer types” about what he hopes will become a Broadway production called “Randy Rainbow for President.” And if that works out, he says he’s already got the first song, which he recently completed with composer and lyricist Marc Shaiman.

Book excerpt: 'Playing with Myself'