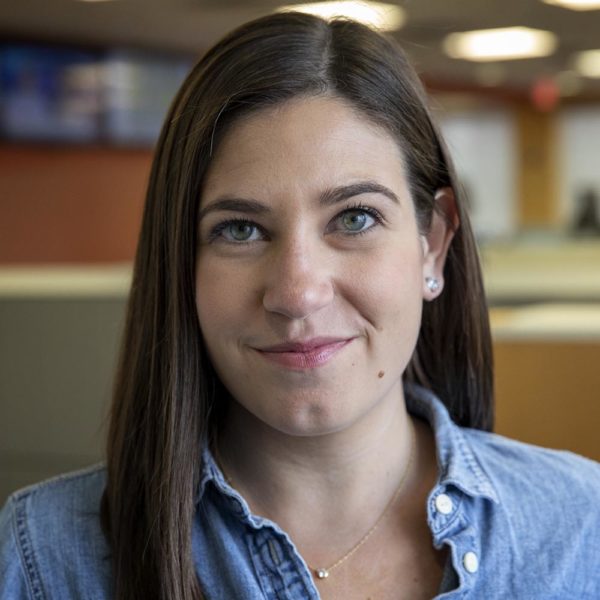 Dorey Scheimer is a senior editor at On Point. She joined the show in 2019 after five years with Cox Media Group in Washington, D.C.

There she reported and produced stories on Congress, federal agencies, the Supreme Court and the White House for local TV and radio stations across the country. She was lucky to be in the nation’s capital for major historic events — covering Pope Francis’s visit to Washington, President Trump’s election and inauguration, five State of the Union addresses and countless hallway interviews with powerful lawmakers. She was also a 2015-2016 Paul Miller fellow with the National Press Foundation.

Before D.C., she was a producer at a local TV station in central Pennsylvania not far from her alma matter, Penn State.

When she’s not at WBUR, you will likely see her walking around Brookline with her golden retriever, Ray, or teaching barre classes. Dorey is passionate about her hometown of Pittsburgh and not afraid to sport the black and gold in Patriots country.