Doctors who work with Boston's homeless population are sounding the alarm about asymptomatic spread of the coronavirus and the need for more testing.

For the first weeks of the outbreak, Boston Health Care for the Homeless Program tested only people who showed symptoms. A few dozen tested positive. There weren't enough test kits from the state to check everyone else.

Then the clinicians realized that a cluster of the people who had come up positive were staying at Boston's Pine Street Inn. So the state made testing kits available, and just over a week ago, Health Care for the Homeless tested everyone coming into that shelter.

The results? Out of 397 people tested, 146 (36%) came up positive. But even more surprising, they weren't showing any signs of sickness.

Dr. Jim O'Connell, president of Boston Health Care for the Homeless Program, is urging public health officials here and nationwide to take notice and act on this. 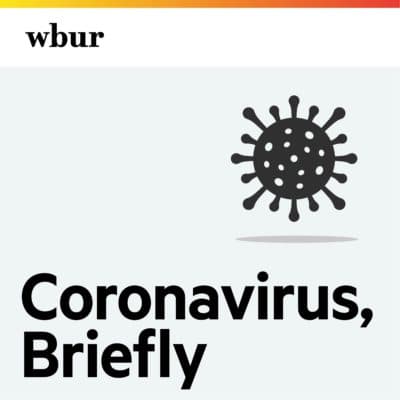 Every one of these folks were asymptomatic. None of them had a fever, and none of them reported symptoms. So the usual screening tool we had been using in order to see who should be tested turned out to be essentially useless for us.

So this was stunning to us. We were not expecting that. The shelter was certainly not expecting that ... And so, asymptomatic spread of this virus, while known in the past, has always been thought to be just a small part of it. But it may be that in certain centers like shelters — as it was in the cruise ship, as it might be in prisons ... and nursing homes, for example — it can be a real problem. So we're struggling about what the right thing to do is.

You have been unable, though, to continue testing at that level. So that means there are hundreds of people who are in homeless shelters in Boston who have not been tested. What is the holdup?

The lack of testing — not only the tests themselves, but the reagents that you need to do the testing — has been a major national holdup, and the state feels that just as acutely as everywhere else in the nation. So there are no homeless shelters that we are aware of at this point that have been able to do universal testing. They're trying it in Atlanta right now and I think in San Francisco soon. So our state Department of Public Health has been working hard to gain access to testing. And there is some hope that we'll get some of the special 15-minute tests that might be available to do testing at the shelters, but only on a limited basis. It's not going to be the kind where we'd be able to do everyone on a regular basis ...

My big concern is that we don't know right now the extent of the virus in any of these large shelters anywhere in the country. So no one has been able to test people going into shelters. But in these little forays we've had now, we realize that there's apt to be a whole lot of asymptomatic spread in these shelters. And anyone walking in, then, is at great risk for getting that virus, which seems to me to be really something we don't want to do in the realm of making sure we provide the best of care to everyone. We should be protecting those people.

This is a frightening scenario. Do you believe that health care officials nationally are concerned about this?

I am trusting that the people ... certainly I know at the department of public health levels at the city and the state, they are actively and animatedly concerned. And the [Centers for Disease Control and Prevention], when we brought this up, is actively looking into it. I think the real issue is how to get to the supply chain of where the testing comes from. And I think if we had enough tests right now, all of those people would give us tests and say, 'please go test everybody in a shelter.' So I really don't think it's people not realizing this is a big problem.

Given the fact that you're not likely to get any more testing capabilities, say, tomorrow, how urgent is the situation?

As a physician caring for homeless people, and certainly I think you'd get this from any of our clinicians at our program, we feel it's incredibly urgent — emergent — to do that, because each day that we don't know of someone who's asymptomatic, they are spreading that virus to two or three other people. And it becomes an exponential growth. And the sooner we stop that, the more likely we are to be able to get control.