The pandemic has impacted all corners of the Boston arts scene. This week, WBUR's arts reporters are examining the effects on institutions, large and small. This is the second story in our series.

The old Regina Pizzeria in Allston was originally a train depot, and you can tell — the stone building has a massive pitched roof that rises into the sky, and even a little red caboose tacked onto one end.

"It's like an old-fashioned train station in there — you know, high, angled ceilings, rafters," Carl Lavin remarks on a windy October afternoon. He is standing in the parking lot outside the boarded-up building, describing his plans to transform it into a new home for the beloved Allston rock club Great Scott, right down to the bar's signature white-and-green checkerboard tiles. "It's definitely high on my list of priorities to be able to replicate that," Lavin says with a grin.

Since Great Scott announced its closure in May, Lavin, the club's longtime talent buyer, has been on a quest to save it. His triumphs, and disappointments, have been breathlessly chronicled in the press. Fueled by a surge of community support — a "Save Great Scott" petition accrued over 25,000 signatures — and hundreds of thousands in crowdsourced investment dollars, Lavin, improbably, now appears on track to resurrect the 44-year-old dive bar, a rare hope for live music in the age of COVID-19.

Still, a lot needs to happen before the place can open. Lavin has to finalize the lease, find more investors and renovate the building. At that point, if he'll even be allowed to have concerts under the state’s reopening plan is anybody’s guess.

And yet, Lavin remains devoted to this quixotic task. His ties to Great Scott run deep. He got his start booking shows at the club in back 2003, with a weekly indie rock night called The Plan. Lavin remembers the first group he ever booked for the series, a Boston band called the Bon Savants.

"It went well enough," he says. "It was good to see everybody that I knew. There was barely anybody there that I didn't."

At first Lavin booked mostly local groups, underground bands you'd be more likely to find in some grimy Allston basement (as opposed to some grimy Allston bar). But as the club’s reputation grew, it became a favorite venue for touring acts, the first stop for bands flying over from Europe. 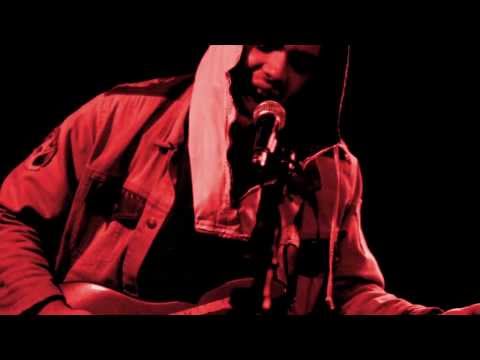 The bar had undergone transformations before. First, it was primarily a blues and folk spot, and then a college dive with jam bands and DJ nights. But something shifted when Lavin started booking the club. It became the place where new bands cut their teeth, local favorites played sold-out residencies, and everyone had a story about catching a buzzy band right before it blew up.

"It was a neighborhood bar that just became a neighborhood bar-plus," says Boston music critic Maura Johnston. "Music stuff can get really caught up in chasing the idea of coolness. And Great Scott wasn't like that. Everyone was just there to really enjoy what they were doing and to support the people who facilitated that enjoyment, whether it was the bar staff or the bands or the sound guy or the guy taking IDs at the door."

Even before the shutdown, Great Scott's scrappy resilience was wearing thin. Residents in the gentrifying neighborhood complained about the noise, beginning a back-and-forth with the owner of the building, Oak Hill Properties, who wanted to end the club's at-will tenancy and negotiate a long-term lease. With no money coming in, Great Scott's owner, Frank Strenk, decided not to risk it.

But Lavin wasn't ready to give up. Encouraged by the community response and Oak Hill's offer to negotiate a lease with Strenk, "I decided that I would step in and take them up on their offer," he says.

Lavin arranged to take over the club from Strenk and launched a Mainvest campaign to crowdsource investors. After his lease offer was rejected — precipitating a second wave of Great Scott eulogies — he set his sights on the empty Allston Depot down the street. The capital campaign ended up raising nearly $300,000 — mostly small-scale pledges from people who didn't want to see Great Scott die. In September, Lavin signed a letter of intent to lease the depot.

He is cautiously optimistic, confident he'll be able to afford the cost of rent. He plans to join forces with the Allston's Rock City Pizza and make use of the former Regina Pizzeria's existing ovens. The restaurant might even be able to open before the club.

Still, success is anything but assured. Nightclubs are especially risky gathering places during a pandemic, with dense crowds and poor ventilation. It’s possible Boston venues won't be allowed to open fully until there is a vaccine or treatment for COVID-19. If they do — currently, some Massachusetts counties are allowed to open small performance venues at partial capacity — chances are they would have to make considerable concessions. There are likely to be limits on capacity, mask requirements, maybe even a ban on cheering to help mitigate the spread of airborne germs.

"A club can be open, but if it's going to have to operate at less than half capacity, is it going to be financially viable for that club to open?" Johnston wonders.

In the years preceding the pandemic, small venues already struggled to survive in a shrinking music industry and ballooning real estate market.

"I don't want to be pessimistic, because I feel like so much of this whole pandemic has just been about harnessing as much optimism as possible," Johnston says. "It's tough. I mean, I think that the music landscape is going look very different [after the pandemic]."

Lavin’s success, in other words, isn’t just about the future of one dingy rock club. He’s practically the last man standing.

"Not a lot of people are just diving in on what is certain to be the last industry that's allowed to operate at full capacity," Lavin admits. But the massive financial support he received has convinced him that there’s still a place for Great Scott in Boston’s hazy future. He insists there’s nothing like the exhilaration of the live music experience. 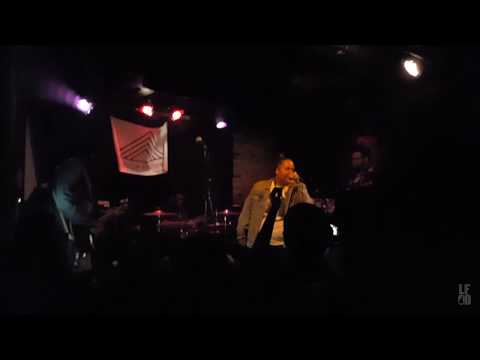