Every generation is always complaining about how popular culture has been going steadily downhill since they were 13 years old. There’s an intensity to such nostalgia, a yearning for an age when you were just starting to explore music and movies, and the world made way more sense. For the next two weeks, the Brattle Theatre’s “Let’s Hear it for 1984!” retrospective takes us back to the year Ronald Reagan got re-elected, offering a dozen unexpected blockbusters (or semi-blockbusters, and some curiosities) including “Beverly Hills Cop,” “Gremlins,” “Purple Rain,” David Lynch’s attempt at “Dune,” “The Adventures of Buckaroo Banzai Across the 8th Dimension” and the original “A Nightmare on Elm Street” — a far more elegant scare picture than you might remember, before Freddy Krueger became a Catskills comedian who skewers teens and quips like Don Rickles with finger-knives.

The series is an indulgence, admits the Brattle’s creative director Ned Hinkle. “I’m not too shy to say it is my 50th birthday this year and this is my gift to myself. When I think about movies that were formative for me or are special to me, it seems like a lot of them come from 1984. I guess probably because I was 12 going on 13.” It’s the age when you start trying on personalities, exploring art while taking it (and yourself) incredibly seriously. Luckily for Hinkle, there was a wonderfully weird and exciting array of films at the local cineplexes. “A year that gave us ‘Buckaroo Banzai,’ ‘Repo Man’ and ‘Streets of Fire,’ let alone all the other movies on this program,” he smiles. “This year of movies is just impossibly entertaining. It’s just stupidly fun movie after ridiculously fun movie after artistically fun movie. Everything is fun.” 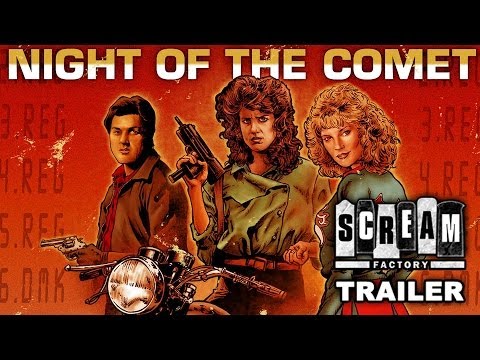 He continues, “It’s a crazy cusp of a year. Somehow Hollywood and these filmmakers were just focused on being enjoyable, no matter how completely off the wall they were. Some of these films, because they hit on that nostalgia factor, they become an object in your mind. You forget about how good they are at doing what they’re doing. ‘Night of the Comet’ is not a very well-known movie, and it kind of exists in your imagination, because it’s not on cable all the time.”

I rewatched “Night of the Comet” the other day for probably the first time in decades, finding myself pleasantly taken aback by how this cheapie exploitation picture about an astronomical anomaly that dehydrates most of the population into the walking dead takes time to showcase two can-do, strikingly competent heroines — young women who are constantly being underestimated by the macho men in their orbit. “It’s not just an apocalyptic zombie movie, it’s interestingly kind of a progressive feminist film,” Hinkle enthuses, noting the scene-stealing turn from Warhol Factory regular and Roger Corman favorite Mary Woronov as a subversive think-tank scientist in sunglasses. It’s one of those movies that’s empowering even though one of the leads is inexplicably wearing a sexy cheerleader outfit the entire time. “Well, sometimes in these movies you have to be wearing a sexy cheerleader outfit for no particular reason,” he laughs.

“I keep talking about ‘Buckaroo Banzai,’” Hinkle sheepishly admits. “It’s one of my favorite films, it’s like ‘The Maltese Falcon’ for me. It’s impossibly rewatchable. I know nobody watches cable anymore, but I still have all the movie channels and one of the things I do at the end of the night is just turn on the Xfinity box. What’s playing on cable right now? So I end up watching bits and pieces of movies all the time. Any time it comes on I’m like, ‘I guess I’m watching “Buckaroo Banzai” now.’” 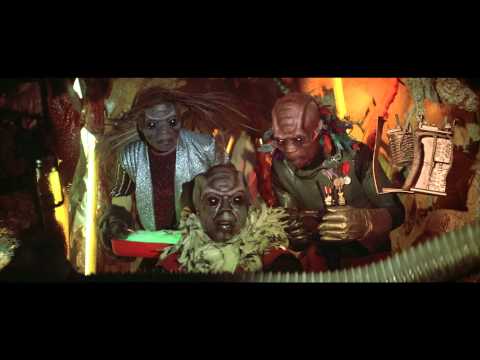 I wish I could share his enthusiasm for a film that tries harder than most. Cult movies are born, not made on purpose, and the strenuous effort shows in W.D. Richter's weirdo romp, starring Peter Weller as a rock star, test pilot neurosurgeon who discovers another dimension and accidentally brings back an alien life form that latches onto John Lithgow’s hambone Dr. Emilio Lizardo. The movie is not without its pleasures, including Jeff Goldblum as a Jewish cowboy named New Jersey and a game, gorgeous Ellen Barkin. But I must confess that during its countless cable airings, “Buckaroo Banzai” has never quite clicked for me, so maybe I need to see it on a big screen with an appreciative audience at the Brattle.

“The triumvirate of breakdancing movies: ‘Beat Street,’ ‘Breakin’’ and ‘Breakin’ 2: Electric Boogaloo’ all came out in 1984,” Hinkle explains. “I do regret that I could not include one of those in the program. Those movies were really important to me at the time. I remember my friend Robert and I going to see ‘Breakin’ 2’ at the Beacon Hill theater and we were the only two white dudes in the audience. It was a super-fun experience — because it’s such an absurd movie to see — but it was also a really interesting lesson for us as to what it feels like to be in the minority. It was kind of revelatory in a way. It’s an interesting thing, when I think about seeing these movies in the theater, they tie in very significantly to important moments in my life.” 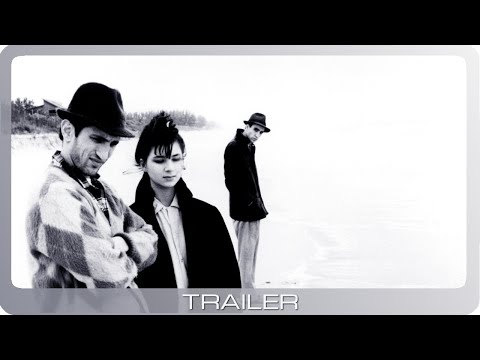 Quentin Tarantino did a terrific riff about this on Stephen Colbert’s show a few weeks ago. When you watch a movie on television, you watched a movie on your television. When you see a movie in a theater, you remember not only the theater where you saw it, but also usually where you went beforehand or afterward, and who you saw it with. It’s an entire evening or an afternoon, an occasion that becomes a memory. I’m four years younger than Ned, so these movies were mostly HBO or VHS experiences for me, but he has very specific recollections: “A lot of these films I saw onscreen, second run at the Harvard Square Theatre. 'Stranger Than Paradise' and 'Paris, Texas' I saw at the Brattle later, when I was in high school.” (Ditto. And I personally believe that seeing “Stranger Than Paradise” and “Paris, Texas” at the Brattle should be part of every high school curriculum.)

“'Streets of Fire' and 'Repo Man' are my 50th birthday Double Feature,” he concedes. “There’s no better way to stay young than to watch a street fight with sledgehammers in Walter Hill’s second-most ridiculous set-piece.” The rainy rock opera is the most ecstatic would-be blockbuster of its era, with Diane Lane’s torch song superstar kidnapped straight off the stage by Willem Dafoe’s motorcycle gang, only to be rescued by her hunky ex-boyfriend (and Rick Moranis!). Every shot in the picture is an extravagantly lit orgy of bubblegum pop iconography. “How anybody gave them the money to make that movie is completely beyond me,” Hinkle muses. “I don’t even know how much cocaine somebody would have to be doing to read that script and think, ‘This is gonna be the next “Star Wars.’” 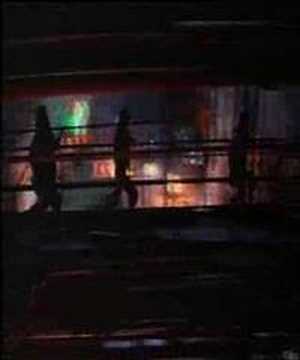 1984 was also the year of Harry Dean Stanton. The sad-eyed, craggy faced character actor landed two of his most indelible roles, delivering instantly legendary performances as the soul-sick wanderer in Wim Wenders’ “Paris, Texas” and as Emilio Estevez’s deliciously rotten mentor in Alex Cox’s surly, punk rock masterpiece “Repo Man.” “There are a couple of movies that I could probably recite by heart given a few prompts,” Hinkle confesses, “and ‘Repo Man’ is definitely one of them. It’s hilariously nihilistic. Alex Cox doesn’t give a s---, and it’s evident in the film.” The Brattle series has become an accidental memorial to the recently deceased Dean Stockwell, who appears not just in Lynch’s “Dune,” but also does some seriously underrated work in the Wenders film as Stanton’s estranged brother. “He’s the overlooked person in ‘Paris, Texas,’” Hinkle argues. “Harry Dean gives such an iconic performance and is the focus of the movie, but the Dean Stockwell character is the tragic center of the story.” He’s like Tom Cruise in “Rain Man,” quietly carrying his showier scene partner.

“I hate to allow you a ‘Rain Man’ reference,” Hinkle scowls. “You couldn’t have gone with De Niro in ‘Midnight Run?’”

Ned’s secret birthday wish: “I want somebody to read this piece and tell me they have a 35mm print of ‘C.H.U.D.’ in their basement,” he chuckles, referring to the 1984 kitsch classic about sewer monsters in New York City, the title of which is an acronym for Cannibalistic Humanoid Underground Dwellers. “I regret I could not include that one. It’s a surprisingly poignant and well-acted, zero-budget monster movie. It’s got this Daniel Stern performance… Daniel Stern is one of those character actors, everybody knows him from ‘Home Alone’ but he’s surprisingly good in the most absurd, stupid movies. There’s no reason for him to bring this kind of quality. It’s like Michael Moriarty in ‘Q: The Winged Serpent.’ You don’t have to be acting this hard!”