This story is part of Only A Game's Thanksgiving Leftovers Show. Find the full episode here.

Pat Gallant-Charette is the oldest woman to have swum the Molokai Channel in Hawaii, the English Channel between Britain and France and the Tsugaru Strait in Japan. She set the first of her nine world records when she was 60. She’ll turn 68 in a couple of months.

But, as Pat says, age is just a number.

Most of Pat’s swims don’t go  ... swimmingly. Take her 2012 attempt of the Tsugaru Strait. After just eight hours in the water, Pat glanced up and saw the finish line.

Pat put her head down and kept swimming.

"And all of a sudden, I happened to look up — and I couldn't see land anymore," she says. "And I said, ‘What the heck?’ And I heard that they had these horrendous currents there. I had at least another 20, 21 miles ahead of me. And it was like starting all over. And it took me, I think, 19 hours 33 minutes. I had little fish nibbling at my fingertips."

Currents that drag you away from the finish. Fish nibbling at your fingertips. There’s only one question I could possibly ask … why?

"It's the challenge," she says. "Everything’s so unique about each one of these swims."

'These swims' are the Ocean’s Seven, a collection of the most difficult open-water crossings. Since the challenge was established in 2008, only a dozen people have completed it.

"And I've done six of the seven," Pat says. "One of the most challenging swims was the North Channel between Ireland and Scotland. Very, very cold water — in the 50s. And they have these prolific blooms of jellyfish. And I got stung every inch of my body.

"Now, Molokai, it took me 23 hours to swim that. And I got stung by jellyfish there. And I've given birth to two kids — and I knew that with jellyfish, you know, it hurt and then it was over. It's like labor pains, you know?"

For Pat, it’s the challenges she overcomes that make the swims worthwhile — and also the stories. Once she’s back on dry land, Pat joins her family and her crew, and they have a good laugh about all of the bumps along the way. Like this one time, during that swim across the Molokai Channel:

"Usually, you swim in darkness — not to attract any unwanted fish," Pat says. "I got bumped in the middle of the night, and they had to put the lights on.

"They think it was dolphins. When I got bumped, I yelled. And they put the lights on — they could not see, you know, a shark. And I think it wasn't, because my leg was still there."
So Pat kept swimming. And she was rewarded — not just with another world record, but also by a pod of pilot whales that swam right up to her — almost close enough to touch.
As day turns to night and night turns to day again, Pat keeps swimming. And during those swims, she encounters challenges and rewards most of us could never imagine.

"One of my favorite encounters, when I was swimming the North Channel, I had this bird — it looked like a seagull — that landed right by my feet," Pat remembers. "And all of a sudden, another one and another one, and there was, like, five or six of them. Well, they were paddling right behind me for, like, five hours. They looked like a little parade of seagulls."

Pat’s crew records all of her encounters on video so she can show her fans and her grandchildren when she gets home. 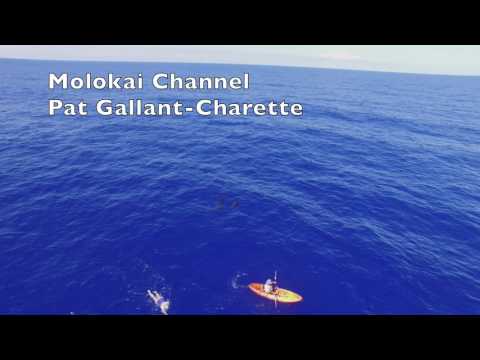 "Like Catalina — I mean, I had, at the finish line, nearly 100 dolphins surround me," Pat says. "And it was like an escort. My crew was so excited that the camera was moving all over the place, and it was all distorted. But you can start to see the dolphins coming in."

Pat needs just one more swim to finish the Oceans Seven. And she’s already started taking on the Still Water 8.

"Those are the eight most challenging lake swims in the world," she says.

Pat completed the Lake Ontario crossing last August ... which had to be a piece of cake after all of those jellyfish stings and ocean currents and creatures that go bump in the night, right?

"Oh, I'll tell ya," she laughs. "I had these little lampreys trying to wrap themselves around my feet. They felt like snakes. And I never kicked so hard in my life. These are the stories that, after the swim is done, we sit down and we talk about them and have a lot of good laughs. And my grandchildren — oh! My god. They just love hearing about all these adventures their grandmother's been on." 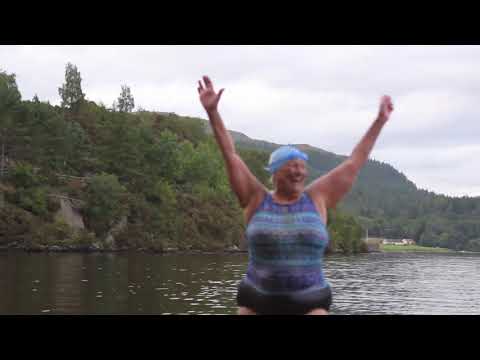 Since we spoke back in July, Pat Gallant-Charette has been on a few more of those adventures. She’s now completed four of the Still Water 8.

But not all of Pat’s adventures take place in the water. While in the audience for the Global Open Water Summit in San Francisco earlier this month, Pat was called to the stage … for a surprise induction into the International Marathon Swimming Hall of Fame.

Our original story on Pat Gallant-Charette aired on July 7, 2018.