Robert Mueller was consistent on one point during his congressional testimony last week: Russian interference in U.S. elections is one of the most serious threats to American democracy he’s seen in his long career. 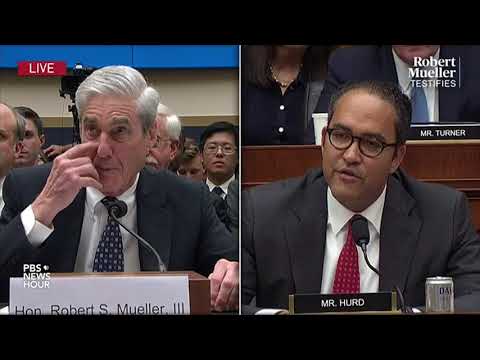 On Wednesday, during testimony before the House Intelligence Committee, Rep. Will Hurd, R-Texas, asked the former special counsel if he thought "this was a single attempt by the Russians to get involved in our election," or there was "evidence to suggest that they'll try to do this again?"

"Oh, it wasn't a single attempt," Mueller responded. "They're doing it as we sit here. And they expect to do it during the next campaign."

The very next day, the Senate Intelligence Committee released a bipartisan report saying that Russia probably attempted to infiltrate election systems in all 50 states.

Also last week: Senate Majority Leader Mitch McConnell, R-Ky., blocked two election security bills that made it out of committee with bipartisan support. In other words, a moment of potential bipartisanship is becoming partisan anyway, as the 2020 election looms.

Lofgren is the chairperson of the Committee on House Administration, which has jurisdiction over elections. She's also the author of the SAFE Act, which passed, almost entirely along party lines, in June.

"[The bill] requires states to use voter-verified, paper-ballot voting systems. It requires cyber and risk mitigation training, maintenance of election infrastructure, enhanced cybersecurity of voter registration systems. It requires risk-limiting audits, which is the gold standard; the best practice tool to ensure the integrity of elections and to confirm outcomes," Lofgren said.

It would also provide $600 million in grants that has already been appropriated in the House bill, which would go toward the $1 billion it would take, Lofgren said, "to fully harden our systems."

Davis, who is ranking member of the Committee on House Administration, voted against Lofgren's legislation.

"I sat down with the election authorities in my district, both Republicans like me, and Democrats … all they want to do is make sure that every one of their citizens who has a right to vote has a chance to vote, and that they're counted fairly and the results are reported. They don't want a top-down approach," he said.

Lofgren, however, believes the measures proposed in the SAFE Act appropriately reflect and address the concerns raised by the U.S. intelligence and law enforcement communities.

"Essentially foreign actors — we know about Russia, there may be others — are attacking our country [with] cyberattacks. And we think that an attack on the nation needs a national response," she said. "We wouldn't ask the Registrar of Voters in Santa Clara County to respond to a missile attack by themselves. This is not that dissimilar."

Davis contends that sweeping mandates from the federal government would put local communities in a bind, forcing them spend taxpayer dollars on revamping election infrastructure like voting machines.

Furthering the partisan fight over this issue, Davis also claims that it's Democrats who have been unwilling to come to the negotiating table on finding a solution that works for both sides of the aisle.

"The main problem I have is, the majority knows full well that we were willing participants in bipartisan negotiations, and they stood up and they walked away," he said. "That's not what the American people want when it comes to fixing an election security issues in this country ahead of 2020."

On the path forward for the House

Rep. Zoe Lofgren: "I'm working on a bill, an anti-propaganda bill … we passed the Honest Ads Act, that [Republicans] also objected to. I don't want to speak for the Republicans, but it looks like Mitch McConnell is just Mr. No. He ought to listen to the intelligence community, that is laying out these threats, and letting us know that they're serious. We know now, for example, that a majority of the voting systems in the United States are operating on Windows 7 that’s not even going to have security patches when the election is held. The equipment is vulnerable. Not only the equipment, but the voting rules. And we ought to do [something]. We have a responsibility to do something to protect ourselves."

"We wouldn't ask the Registrar of Voters in Santa Clara County to respond to a missile attack by themselves. This is not that dissimilar."

Rep. Rodney Davis: "When you look at this bill, this bill would mandate a certain type of paper ballot machine, when the majority's own witnesses have even told us in the lone hearing that we had on election issues, that digital recording machines, DREs, with voter-verified paper ballot audit trails, are absolutely safe.

"We want a paper trail. What this bill required was, I would call it, the 'Optical Scan Machine Producer Enrichment Act.' They require a certain type of paper ballot that would be sold, and then put into an optical scan machine. We don't know what the safest technology is going to look like in 10 years. We know, from the Democrats' own witnesses, that millions of dollars being spent on DRE machines with paper audit trails are, in their words, absolutely safe. I don't understand why the majority wants to continue to put partisanship over election security, when we've actually seen much progress. We've seen $380 billion in investments. Our communities are working with the Department of Homeland Security, with the federal government, to ensure that elections are safe. And we saw that in 2018. And I don't know why the Democrats don't want to acknowledge that and want to just move with a very, very nationalistic approach."