We look back on the life of John Lewis, the civil rights icon and congressman who dedicated himself to the fight for racial equality. From his emergence on the national stage during the March on Washington in 1963 to his decades as a symbol of moral authority on Capitol Hill, we remember the man and his legacy of public service.

Bernard Lafayette, civil rights leader and activist. Chairman of the board of the Selma Center for Nonviolence, Truth and Reconciliation. John Lewis' college roommate, and fellow Freedom Rider.

Errin Haines, editor-at-large for The 19th, a nonprofit news organization reporting at the intersection of gender, politics and policy. Formerly, national race and ethnicity reporter for the Associated Press. (@emarvelous) 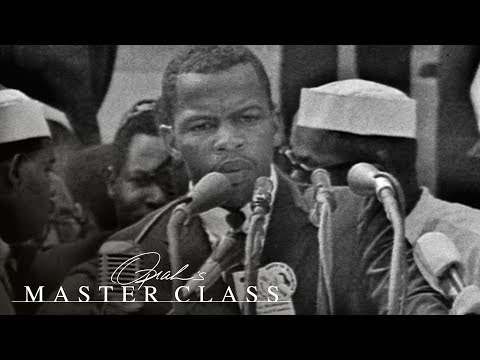 A Life Of Activism, In Photos

The New York Times: "John Lewis, Towering Figure of Civil Rights Era, Dies at 80" — "Representative John Lewis, a son of sharecroppers and an apostle of nonviolence who was bloodied at Selma and across the Jim Crow South in the historic struggle for racial equality, and who then carried a mantle of moral authority into Congress, died on Friday. He was 80."

The New York Times: "The First Time John Lewis and I Integrated the Buses" — "I first met John Lewis in 1958. We were roommates at the American Baptist College in Nashville. We shared a small room with two beds, two wardrobes and a bathroom down the hall. At night in the dormitory, we used to stay up and talk about our experiences growing up in the South. We both came from communities where segregation was the norm, and both of us resented the idea of having to be victims of segregation. We thought about how things could be different. And we both developed a commitment at a young age for civil rights and social change."

Vox: "Politicians and activists praise Rep. John Lewis’s legacy of 'good trouble'" — "Tributes are pouring in from political leaders and activists following the news late Friday night that Rep. John Lewis, the Georgia congressman and civil rights leader, has died. In tweets and public statements, Democratic and Republican lawmakers, as well as current and former colleagues in the civil rights movement, praised Lewis’s decades of activism — a lifelong project he often described as 'good trouble.'"

This article was originally published on July 20, 2020.