As he watches the political unrest in his native country grow, the Venezuela-born conductor of the Alabama Symphony Orchestra, Carlos Izcaray, is turning to a familiar place in search of solace and hope: music.

At the top of his playlist? The turbulent "Symphony No. 10," by Soviet-era composer Dmitri Shostakovich.

"This is a piece that was written just after the death of one of the worst tyrants in history, Stalin, and of course, Shostakovich had to endure many, many years under this regime," Izcaray (@izcaray) tells Here & Now's Peter O'Dowd. "The movement ... the second one, it's got this militaristic, highly volcanic energy to it, that is very much attuned to the frustration that many of us Venezuelans feel. And if you listen to the end of the piece, there is hope at the end of the storm."

That storm is a personal one for Izcaray. In 2004, he was kidnapped, detained and tortured by the Hugo Chávez regime.

"I went through very bad mistreatment of all sorts, physical and psychological, [I was] threatened to death," says Izcaray, who also now conducts the American Youth Symphony in Los Angeles. "And what I went through is what many people are going through now in Venezuela. We're talking about students who are leading the marches, we're talking about political prisoners."

Izcaray's detention caused him to spiral into a "depressive state." But through music, he was slowly able to rebuild his life.

"I was going to have my big debut with the National Symphony Orchestra as a conductor. Everything was shattered," Izcaray says. "But after a brief period of just darkness, my friends and my family, my father especially, brought music back to the equation for me. It was a way to heal — both literally and physically, because I had nerve damage in my arm. Playing the cello — I'm a cellist — so by playing music, I got better.

"I think that since then I've understood many of the layers that were, until then, not discovered by me — the power of music."

On the Francis Poulenc composition "Four Motets on a Christmas Theme"

"This is a piece that, to me, every time I listen to it, I just — it's like rediscovering the miracle that is music. It's a spiritual peace, it's just sheer beauty. I just think this piece elevates me to a different frequency. [It's] hard to describe it, and it's just a couple of minutes long. But I really think that Francis Poulenc captured the most intimate and profound elements of what it is to be a human being and this relationship with music." 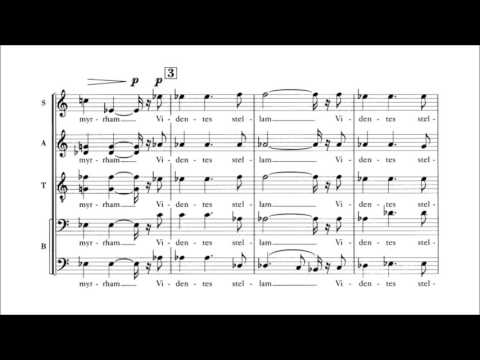 On another piece on his playlist, Bach's "Suite No. 5 in C minor for Cello," and his experience studying cello at El Sistema, Venezuela's world-famous, publicly financed music education program

"I actually started as a violinist in El Sistema, and eventually I changed to cello. And I studied that here in the U.S. as well, I did all my high school and college here. But this particular movement is quite a sad piece. But at the same time, again, it's a sort of bittersweet: It's sad, but it's beautiful. It's very, very simple, and it's a way for me to connect with the instrument.

"On top of that, having worked with many, many, many — I'm talking hundreds, if not thousands — of the young musicians who were products of the El Sistema, it is infuriating for me to see how, over the last [several] years, this system has been turned into a propaganda machine, this is since the Chavez years and then the subsequent years as well. So something that was very pure and very much focused on bringing culture to people of all strata, it was turned into a propaganda machine by a dictatorial regime that wanted to have a good face in front of all of the crimes that they were committing behind it."

"That's the first thing that it says: 'Gloria al bravo pueblo' — glory to the courageous people. It's all about bringing down oppression and living in a free society."

Carlos Izcaray, on relistening to Venezuela's national anthem amid the turmoil there

On two pieces of electronic music he's listening to: "Pray for Rain," by Massive Attack, and "Ocean Drive," by Brandt Brauer Frick

"They are definitely in motion, I would say. I like to characterize myself at least as a man of action: No matter how down and somber [I am] ... I personally enjoy the rhythmic part of it. I'm an urban kid, so I see electronic music in many ways like urban drums. It's a way to reconnect with some primitive aspects of what we are as a people, as individuals. But this music, as I say, there's a little bit of a funk to them, but it gets you going at the same time, so you're not completely petrified." 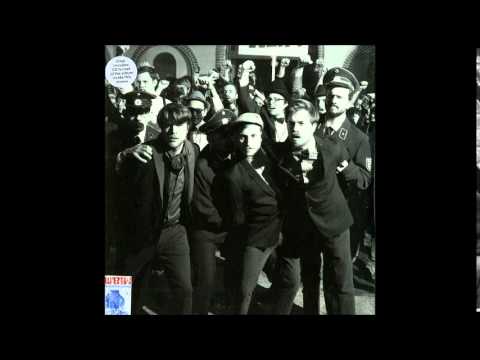 On listening to Afro-Venezuelan music, and thinking of home

"I'm thinking about home, I'm thinking about my family, I'm thinking about my friends and their families and all the things that they're having to endure. A lot of this ... Afro-Venezuelan music comes obviously from former slave communities. It is so full of power and sorrow at the same time. But at the end, it is also a celebration of humanity. This is music that is meant to be cathartic. It's impossible not to be in a sort of trance when you're listening to it, and eventually people start dancing around the drum. So this is very much attuned to the energy of what's going on now with Venezuelan society — it's a volcanic energy, what's going on there."

On the capacity for turbulent political periods to produce great music

On one more piece of music: Venezuela's national anthem

"I must say, as a musician, it's one of the best anthems in the world. Musically speaking, it's just not your normal sort of militaristic band tune. It's got more layers of complexity. 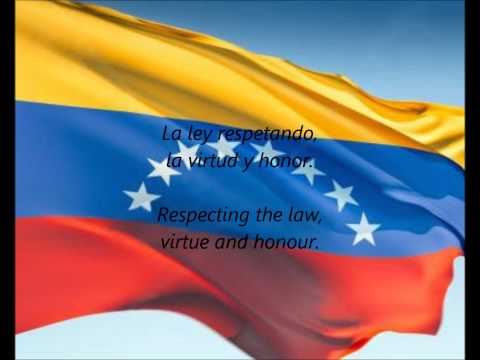 "There is something about it, and I must say that I'm not your typical Venezuelan patriot. I'm very critical of my country, or anywhere where I've lived. But there is something, now I've been looking at the lyrics of the national anthem of Venezuela, they are so much attuned to everything that is happening now. We're a free people, we're a brave people. That's the first thing that it says: 'Gloria al bravo pueblo' — glory to the courageous people. It's all about bringing down oppression and living in a free society. So the more I read it and listen to it, the more I feel that it's a great anthem and something that definitely gives me extra energy to move ahead and fight for those who are suffering everything in Venezuela."

Lynn Menegon produced this interview and edited it for broadcast with Kathleen McKenna. Jack Mitchell adapted it for the web.