Students from more than 100 countries around the world are cutting class on Friday to call attention to climate change. The mass demonstration was inspired by 16-year-old environmental activist Greta Thunberg, who started a weekly "school strike for climate" last year in Sweden.

Friday’s strike has garnered the largest turnout worldwide since the student rallies across Europe began in 2018.

Co-organizers of the Kentucky Youth Climate Strike, Emily Johnson and Juli Russ, talk to Here & Now's Peter O'Dowd about why they are striking outside the Fayette County Courthouse in Lexington, Ky.

“Here's the bottom line. Education isn't going to matter if the Earth is uninhabitable in 20 years,” sophomore Juli Russ says.

“Student activism should 100 percent be supported, as we are the future leaders of our countries, including Australia,” Russ says in response to Australia’s prime minister saying there needs to be “less activism in schools.”

It’s our “civic duty to demand that our future is stable,” Russ says.

In the U.S., various regions have been experiencing rising sea levels, unusual weather patterns, or intense hurricanes and wildfires. But what about Kentucky in particular is concerning to the youth organizers?

“Fossil fuels coming out of the ground, it's just making everything get hotter and hotter as it goes,” Johnson says. “And it's not going to be able to be a place where people can live and have homes and lives there for them and their children.”

Emily: “My parents are pretty OK with it. They're pretty supportive. My mom doesn't really like me missing school a lot. But you know, she's putting up with it.

“I signed up to organize before I asked my mom if I could skip school. So then even if she had been a little reluctant, I could say, ‘Well, I organized it. I have to be there.’ So I went with that strategy, and then when I told her, at first she was, like, ‘Oh my god, why?’ And then I explained it to her and she was like, ‘OK, that's fine.’”

Juli: “My dad is really supportive of a lot of my endeavors.”

Juli: “I'm not exactly sure what [the school’s] policy is going to be. I haven't talked about it a lot with a lot of teachers. And of course, they can't openly endorse the strike, but they can say that they stand behind us. And that's what counts.”

Emily: “I think it's excellent what she's been able to accomplish. She's younger than me, and she's already changing the world. This whole movement was started by her. And you know, people are finally starting to listen to us and I think it's great what she's done.” 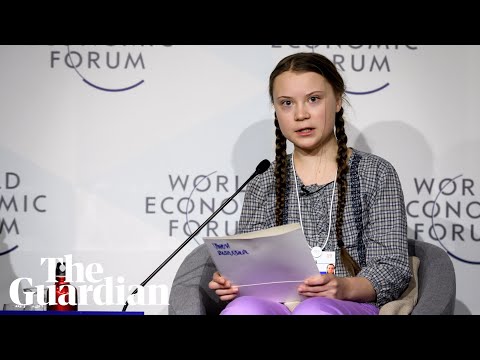 Juli: “Oh, 100 percent. I think adults listen when students speak. And I think that's the importance that we have here.”

On climate change effects in Kentucky

Juli: “So I think we're all feeling the impacts here for sure. And it is different than what California's experiencing and in some other places around the world. But everyone is affected, whether that be the odd giant storm, then the next day it's super sunny, then the next day it's snowing. You never know what's going to happen. And [these] precipitation changes, these are happening because of climate change and there's no denying that.”

Emily: “Well, I know personally I've posted things on my social medias trying to promote the strike, and I've had a few people swipe up and say, you know, ‘Climate change isn't real. Why are you doing this? It's pointless.’ But I've learned to just show them the facts and then if they still don't agree, just ignore it.”

Photos From Student Climate Strikes Around The Globe

Chris Bentley produced this interview and edited it for broadcast with Kathleen McKenna. Serena McMahon adapted it for the web.