A woman who gave birth alone in a jail cell in Denver is suing the city to make sure other incarcerated mothers and their children don’t have the same “horribly traumatic experience,” her lawyer says.

Diana Sanchez delivered her son laying on “a cold, hard bench, feet away from a toilet” without any medical assistance, despite pleading with staff at Denver County Jail, according to the lawsuit filed against the city and Denver Health Medical Center in U.S. District Court in Colorado last week.

“She absolutely let them know that she was going to give birth and needed to go to the hospital, but they ignored her,” Mari Newman, Sanchez’s attorney, says of the July 2018 incident.

Surveillance footage shows Sanchez asking staff for assistance, but ultimately giving birth unattended in her cell nearly six hours after she alerted a deputy about her condition. 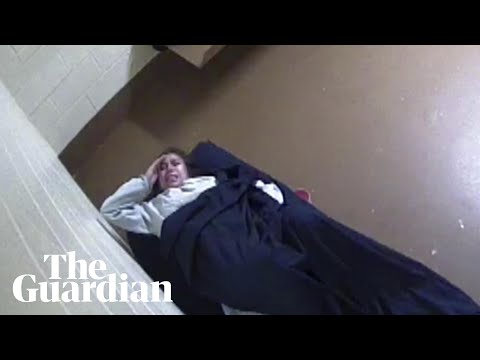 “Instead of ensuring that Ms. Sanchez was able to give birth in a safe and sanitary medical setting,” the lawsuit says, “Denver Health nurses and Denver Sheriff deputies callously made her labor alone for hours, and ultimately give birth alone in a dirty jail cell without any medical care, because it was inconvenient to take her to the hospital during the jail’s booking process.”

Sanchez is a non-violent offender who received two years of probation for charges related to identity theft because she cashed a check made out to her sister, Newman says. She was back in jail because she failed to satisfy the conditions of her probation.

Medical records show jail staff knew Sanchez was eight and a half months into a high-risk pregnancy from the time she entered the facility two weeks prior, and a nurse noted she was in the early stages of labor the day before the incident, Newman says.

Due to her high-risk pregnancy, Sanchez was placed in a medical observation cell with 24-hour surveillance in case she needed medical help, Newman says. Records show she contacted guards and medical staff eight or nine times that morning to tell them she was experiencing contractions and bleeding.

Five hours into the contractions, a nurse provided her with an absorbent pad to lay on.

But further help didn’t come for the laboring mother, not until after her son was born.

Since the incident, the Denver Sheriff Department has shifted its policy from treating birthing mothers in dedicated medical units to bringing them to the hospital, according to a statement.

“Ms. Sanchez was in the medical unit and under the care of Denver Health medical professionals at the time she gave birth,” a spokesperson for the department told Here & Now in a statement. “To make sure nothing like this happens again, the Denver Sheriff Department has changed its policies to ensure that pregnant inmates who are in any stage of labor are now transported immediately to the hospital.”

This isn't the only time a mother has been locked in a cell by herself during labor.

A 2019 study from the American Journal of Public Health reported 1,396 pregnant women were admitted to prisons from 2016 to 2017 and 753 gave birth while incarcerated.

This is one of the only studies on pregnant women facing incarceration. The fact that this data hasn’t been collected by the Bureau of Justice Statistics demonstrates “substantial neglect” from the agency and “signals a glaring disregard for the health and well-being of incarcerated pregnant women,” according to the study.

Sanchez hopes the lawsuit will help ensure the city changes its conduct so other women don’t receive the same treatment.

Her son is “remarkably” doing well, Newman says, but Sanchez is still struggling with flashbacks and emotional trauma a year later.

“Just because this time Denver and Denver Health didn't kill anybody doesn't mean they're somehow off the hook,” Newman says. “The treatment was unconstitutional — and it was really immoral, unethical and barbaric.”

Francesca Paris produced and edited this interview for broadcast with Kathleen McKenna. Allison Hagan adapted it for the web.