Jimmy O. Yang, a stand-up comic who's starred in the award-winning movie "Crazy Rich Asians,” goes back to the comedy basics in “The Opening Act.”

Yang stars as Will Chu, a cubicle dweller at an insurance company whose goal is to become a stand-up comedian. But without some paying gigs, no one will take him seriously.

Then one day, a friend and fellow comedian offers him the opportunity to open at a Pennsylvania improv — and Will hesitates.

Soon enough, Will takes a leap of faith and chases his dreams. But what follows makes him wonder if he’s really cut out to be in the business.

“It's almost like semi-autobiographical, semi-documentary, because I think every comic can relate” to what ensues during one’s first opening gig, Yang says.

Will has "cringy" bombs during his opening gig, Yang says. But many aspiring comedians don’t hit it out of the park on their first go at stand-up comedy.

Yang likens the life of a new stand-up comedian to a roller coaster — full of highs and lows — and “The Opening Act” gives a realistic behind-the-scenes look into that ride.

Yang, who has more than a decade of comedy experience under his belt, had plenty of uncomfortable moments playing Will. He’s tested a plethora of jokes throughout the years and knows what jokes land with the audience.

“And even if it doesn't, I know how to roll out of it. But Will doesn't have that skill yet,” he says. “So I have to just sit in that uncomfortable anxiety and it's kind of funny.” 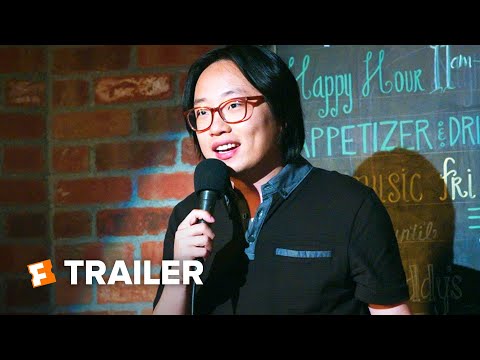 On what got him into comedy

“I grew up in Hong Kong and I lived there for 13 years and I never saw standup comedy growing up. But when I moved to the [United] States, that's when I first started seeing standup, whether it's a George Lopez special, Dave Chappelle, Premium Blend. But something that I really love was BET ComicView. It was just so cool and different to me. Just the artform was different. … And also, you know, mostly Black comedians on there talking about cultural differences and stuff like that. And here I just came from Hong Kong. All I knew was Hong Kong Chinese culture, you know, so cool that I even kind of learned about culture and laugh about it at the same time by watching BET ComicView. So that was something that planted a seed in the back of my mind.”

On whether he was a jokester as a kid

“I was decently funny. My dad was the funny one. He's always the jokester in the family. And then when I came to America, I was a small kid. I mean, I'm still a small kid, you know? So you can only imagine 13-year-old Jimmy, probably like 4'6, you know, a tiny little kid with a baby face. I couldn't even speak English very well. So obviously I couldn't fight, you know. And I had to kind of use comedy to deflect a lot of, like, I wouldn't say bullying because I don't think I got really, really bullied compared to the people that really got bullied out there, but just the teasing and stuff like that. And then I used comedy to deflect it. And I became known as kind of like the funny kid. And that was much better than being known as a weird foreign kid.”

On whether he feels the pressure to represent Asians in Hollywood

“Absolutely. All the time. I wish I don't. I don't think Brad Pitt shows up and thinks about how he's representing white people because there's enough white people out there. And we're working toward that. I think ‘Crazy Rich Asians’ did a whole lot, and now all of my classmates from that are all very successful doing our whole thing. And I'm just so happy to see that, you know.

“And to the credit of Steve Byrne, who directed and wrote this, and Vince Vaughn and Peter Billingsley who produced this, they casted me for the lead role here and it wasn't written to be Asian. I think that original name of Will Chu was Will O'Brien in the script. And that's kind of the great thing about stand-up comedy. Sure, I do some material based on my family about being Asian and stuff like that, but it didn't hinder my career to be Asian or made it different. It's almost like if you feel like you don't fit in with the norm, stand-up comedy is where you fit in even more because that just makes you funnier with more life experience and gives you more depth. So it speaks volumes that they are able to hire an Asian person that doesn't really have to change a script at all. It's just a story about standup and it just happens to be an Asian person. And I think that's important for representation as well.”

On working with Cedric the Entertainer

“I'm a huge fan of his. I have that DVD, the original ‘Kings of Comedy,’ and I watched it many, many, many times. I know every single bit in that. You know what he said [in ‘The Opening Act’]? ‘Be funny.’ My character actually wrote down ‘be funny.’ I think if Cedric said that to me in real life, I'll write it down and then ask him to autograph it. You know, I mean, like, I would have done the same thing. ... I think that's a great thing about standup comedy. You can start from nothing from doing open mics to now, I'm literally working on my heroes and I can call Cedric a colleague. And it's just something kind of nice about that.”

"I don't think Brad Pitt shows up and thinks about how he's representing white people because there's enough white people out there."

“I think the chemistry shows through. We're just having so much fun. Some of us are playing comics like me, Cedric, Whitney Cummings plays a comic in there, Alex Moffat. But then you got Bill Burr, who is an amazing comedian who plays my boss in the movie. But you can just tell we know each other's rhythms. And it's also a testament to how good of actors comedians could be. Bill, who has a very successful acting career now, he's just so good, such a professional actor, let alone a comedian. So maybe this is resumé to send to other directors and be like, hey, hire more comedians. We can do our thing.”

“I do. I'm starting to more and more. I was lucky I finished touring and shot my special in November last year, so I was already in the material rebuilding phase because once you put the special out, you've got to rebuild and test out new stuff and things like that. The one thing I do miss the most, which kind of goes back to your last question, is the camaraderie, the greenroom hang. I know I can show up at the improv The Comedy Store and the Laugh Factory on any given day and five of my good friends will be there and we'll catch up and have a beer. So that I do miss a lot. The comedy itself, I have been able to shift that energy into writing some screenplays. So I'm finding other creative outlets. But yeah, there's just nothing like a live crowd and that reaction, that high you get off of it.”