When musician and historian Julian Saporiti started thinking about creating a new album, he wanted something that would express the history of Asian Americans like himself.

His musical project, No-No Boy, does that. The project weaves stories of the United States’ often tumultuous background with Asian people and takes its name from a novel by Asian American author John Okada.

The story follows Ichiro Yamada, a No-No boy. The real-life colloquial term describes Japanese Americans who answered no twice on a questionnaire asking participants to serve and swear loyalty to the U.S. during World War II.

Those who refused, like the fictional Yamada, were sent to concentration camps.

Saporiti says the character has a feeling of being torn in two when he finally returns home, a feeling he relates to after growing up in Tennessee.

His mother was raised in South Vietnam before the country was unified in 1975. While most of the family moved to France, his mother went to the United States and eventually settled in Nashville Tennessee after meeting Saporti's Italian-American, Boston-born father.

“That's how I, as a Italian American, Vietnamese American kid, grew up with a very interesting existence in country music, USA,” he says.

Saporiti compares his lyrics to a Trojan horse, using them to get people talking about Asian American history. He hopes to spur conversation through his music instead of arguments like in his family. 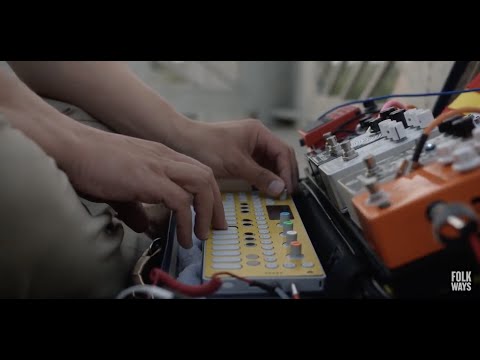 One song on the album — “The Best God Damn Band in Wyoming” — pays tribute to jazz player George Igawa and his band, the George Igawa Orchestra. The band formed in a concentration camp in Wyoming during World War II.

Learning about the band during his research became a pivotal moment for Saporiti.

“This is coming from a kid who went to music college and literally studied jazz history and never heard about any Asians playing jazz or Asian Americans,” he says, “let alone an entire 16 piece big band that formed in a concentration camp, and then was let out from behind the barbed wire only to play concerts, and then rounded up and put back in after every show.”

While working on the album, Saporiti traveled to record unique sounds he would later add to the music. He recorded the sound of barbed wire, wood planks at the Angel Island Immigration Station just outside of San Francisco and himself banging on a giant metal tank.

While Saporiti didn’t anticipate his album would be released during a moment of ongoing crisis at the U.S. Mexico border and increased attacks on Asian Americans, he says violence against these communities isn’t new, adding the Atlanta spa shooting was just the latest skip on a broken record of attacks against the Asian community.

He points to another example of the long history of discrimination the community has faced, the Rock Springs Massacre. In 1885, 28 Chinese coal miners were killed and 15 were injured by their white co-workers.

Instead of a rise in anti-Asian sentiment after Atlanta, Saporiti says there’s instead greater awareness on the issues Asian people face.

“I hope this album and these stories might help people contextualize Atlanta and contextualize the border within a larger American history,” he says.

Emiko Tamagawa produced and edited this interview for broadcast with Todd Mundt. Jeannette Jones adapted it for the web.