Editor's note: This segment was rebroadcast on Dec. 27, 2021. Click here for that audio.

Singer-songwriter Sturgill Simpson remembers when he first learned John Prine was admitted to the hospital with COVID-19.

“I was just sort of standing outside and just kind of accepted the fact that I probably was never going to see him again,” he recalls.

Simpson’s feeling was correct: Prine died on April 7, 2020, a loss for Simpson, who considered the country legend a hero, mentor and friend.

To honor him, Simpson decided to cover Prine’s most famous song, “Paradise.” The single is part of a tribute album for Prine, titled “Broken Hearts & Dirty Windows Vol. 2.” Prine originally wrote the song 50 years ago for his father who hailed from Paradise, Kentucky. 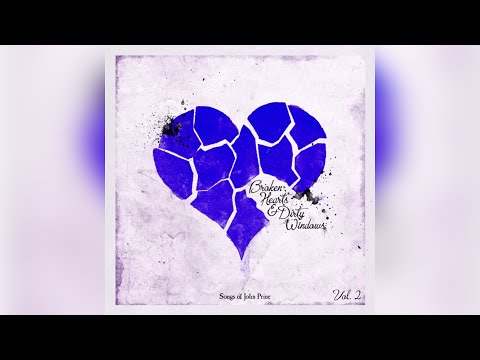 Simpson, who met Prine in late 2015, remembers Prine wearing plaid pants and a periwinkle colored sports coat when at their first meeting. Prine also had an “office,” Simpson says, “but there’s nothing in there but a jukebox and a pool table.” They two shared the room for three years.

But they were never there at the same time. Still, Simpson could see signs of Prine’s presence, like Simpson’s drums being flipped upside down or moved around the room.

Like Prine’s father, Simpson also came from Kentucky. Simpson’s family worked as coal miners and he says he connected with Paradise from a young age.

While Simpson says worshipping coal for energy isn’t sustainable, it provided for the family in a way that wouldn’t have been possible otherwise. With only a seventh grade education, Simpson’s grandfather was able to earn up to $110,000 a year through mining.

Haggard died in 2016 but wrote the song while in his hospital bed. Afterward, he texted Simpson the lyrics.

“I was like, ‘God, what am I going to do with this?’ And then when this record came out, I said ‘now or never’. These are the records that this song belongs on,” Simpson says.

While Simpson says it was an honor to sing Haggard’s song, losing both Haggard and Prine wasn’t easy.

“Mostly I just miss these guys. It's tough. I feel like I’ve lost my grandfather five times — especially when you don't really get to say all the things you wish you had or you're always too nervous to or you didn't want to bother them when you’re in front of them,” Simpson says. “You don't want to be that guy. A lot of the time, we just sit there, not saying anything. And then now I just wish I had one good opportunity to embarrass myself.”

Dean Russell produced and edited this interview for broadcast with Jill Ryan. Jeannette Jones adapted it for the web.