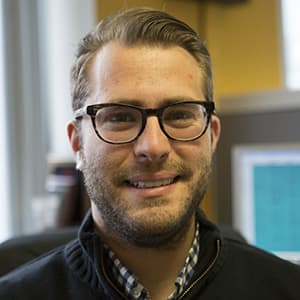 In 2015, Jamie earned a master's degree in journalism from Boston University's College of Communication, where he led the team of teaching assistants for BU's largest course, COM 101.

In a past life, he worked in web, online newsletters, publications, events and public relations at two Washington, D.C., think tanks. A retired hair model, he graduated from Tufts University in 2008.