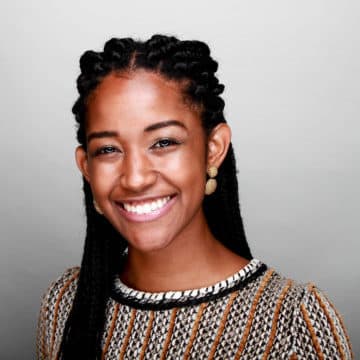 Paris Alston was WBUR's host of the Consider This podcast and a former producer for Radio Boston.

A North Carolina native, she studied Broadcast Journalism and Global Studies at the University of North Carolina at Chapel Hill. Paris has a knack for multimedia storytelling, especially around issues related to identity, community and culture, and has told stories around the hub and as far as Panama, Brazil, and elsewhere.

Leading up to her landing at WBUR, Paris worked in both commercial and public media, at outlets such as GBH, UNC-TV and NBC10-Philadelphia.

While Boston is not home for her, there are many things she appreciates about it (just not its winters or lack of Southern hospitality).