This is an exclusive album premiere, part of The ARTery's effort to highlight ascending New England musicians.

The new album from Eleanor Elektra begins with a bolt of thunder. She, of course, puts it rather more poetically: “a split along the limb … of the exquisite corpse.” The corpse, in this case, might be the Earth, or the sky, or maybe the clouds — some pristine body of nature, violently interrupted.

“Exquisite Corpse” is the title of the song, and of Elektra’s album, her second. It’s a reference to the popular parlor game in which participants collaborate on a creation — a picture, a story, a song — without seeing each other’s contributions. The results are reliably grotesque, or fantastical, or both.

For Elektra, a Boston-based singer-songwriter from Portland, Oregon, the image is an anchor for the album’s central concern: climate change and the destruction of the environment. “I realized that it was not a bad metaphor for the way that each generation inherits the ... world of the generation before,” she says. “Even the aspect of the game where you conceal what you've done, except for a little bit, and then the next person works on it, kind of speaks to that generational amnesia, where an experience is lost with a generation. And so it was a metaphor for the situations, the problems, that we've inherited.” 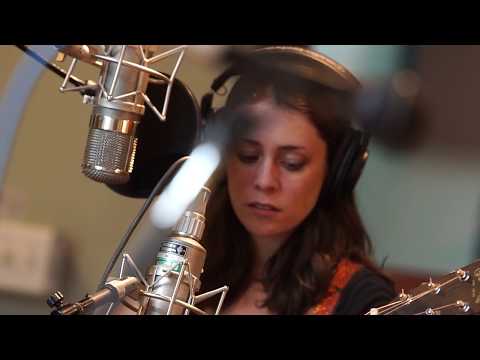 Elektra bills herself as an “interdisciplinary artist,” and her concerts sometimes involve a visual element; her album release livestream on July 17 will feature live video projections by the video DJ Lilly Dickinson. She is also a printmaker, and designs her own album art. As for music, she is mostly self-taught, citing early musical influences from Ali Farka Touré to Aretha Franklin to the West Coast bluegrass scene. She moved to Boston to attend Berklee College of Music, dropping out after a few semesters. Still, she stuck around Boston, in a house in Jamaica Plain that has housed generations of young musicians, making art and writing songs.

Elektra was, by her own description, an introverted kid who also dealt with chronic pain. “[I had] such a kind of complicated internal experience of my physical body, and one way of getting out of that, while still kind of being in it, is to connect with external [stimuli],” she says. The vast landscape of the Pacific Northwest offered a reprieve.

“Exquisite Corpse” isn’t the singer’s first foray into ecological subject matter. “I was writing songs as a teenager about the environmental crisis,” she says. “I went through this whole kind of poetic struggle around trying to write songs that were, in fact, poetic, and not just like reading a newspaper.”

The goal in writing “Exquisite Corpse” was to create a “novel-ish structure,” Elektra says, “where motifs and characters and things like that reoccur.” The image of a body, or corpse, emerges in various incarnations, a flexible metaphor for birth, death, life and the Earth. The planet’s destruction is cast as a consequence of patriarchy and humanity's lust for conquest. The character-driven songs take on a mythic quality. “Kurt pushes at the breast of the heartland/ To suckle the black oil, like a baby drinks so eagerly,” Elektra sings on “January 1st,” in a wry indictment of the fracking industry and the greedy, masculinist expansionism that underpins it.

Elektra considers herself an activist. She is involved with the environmental movement Extinction Rebellion, and her album release concert is a fundraiser for the White Earth Land Recovery Project, an Indigenous-led environmental justice organization. But, she says, the album itself is not a “campaign.” She wanted to leave space for ambiguity, for questions.

“Is this something that we really have the power, or the right, to stop?” Elektra wonders. “Do I have faith in our ability to transform and save ourselves from extinction?” A commitment to climate justice produces a kind of double consciousness. There’s the moral imperative to save humanity, but also a sense of responsibility toward all other living things on Earth — a framework that necessarily de-centers humans and our tenuous fate. “Entire planetary ecosystems with animal kingdoms and plant kingdoms that are foreign to us now have risen and fallen before now,” Elektra says.

In this, she sees neither hopelessness nor nihilism. “Exquisite Corpse” is full of sky imagery, and of flight. Death and decay are cast as processes of rebirth. The Earth is a vessel for life and industrious purpose. And so the fight to save the planet becomes an end in itself. “You do the work because it's the right thing to do,” Elektra says. “And not because you necessarily expect a certain result from it.”

Note: The audio for The ARTery's music premieres comes down after the album is released. You could still listen to a track from the album via the streaming service embed above.

This article was originally published on July 15, 2020.