There are many of firsts in this story. Audiences return to Symphony Hall Thursday for the first time since the pandemic hit. And the Boston Symphony Orchestra's season opener is also the first for Gail Samuel, the organization's first female president and CEO, since she started her new job.

Sitting in the office that was occupied by her predecessor Mark Volpe for 23 years, Samuel laughed as she explained why the room feels like it lacks some personality.

“At this point I have not had time to bring any of my own stuff into my office,” she said, “because it's been really busy.”

Samuel, 53, has been going non-stop since moving her family across country – in the middle of a pandemic – about three months ago. For more than 25 years she played a variety of executive roles at the Los Angeles Philharmonic, most recently as chief operating officer and as president of the Hollywood Bowl.

During her long tenure in LA, Samuel played a part in some transformational moments, including the construction of the Walt Disney Concert Hall and the hiring of music and artistic director Gustavo Dudamel. Now she's wrapping her head around the sprawl of moving parts that make up the BSO's assets.

Samuel spent a lot of time getting to know Tanglewood this summer, but says her very first visit to the BSO's Berkshires home left an indelible, lifelong impression. That was in 1986 when Samuel and her parents, who were Los Angeles public school music teachers, drove east in a camper van from LA to Lenox.

“We happened to arrive there and there was a concert going on that night,” she recalled, “which was Leonard Bernstein conducting, and Midori was the soloist, who, I think, was 14 at the time.”

The violin prodigy would make international headlines that evening after breaking a string while playing Bernstein's Serenade and then calmly swapping her impaired violin with the concert master's. This actually happened not once, but twice, during Midori's performance.

“And she just kept going,” Samuel marvelled. “And so it does hold an important place in my personal history.”

Samuel — who also played violin — went on to work at the Boston University Tanglewood Institute for a few summers after graduating college. She said that experience inspired her to pursue a career in orchestral management. Now here she is, decades later, charged with leading the BSO through an unprecedented period of recovery after 18 months without ticket sales from live concerts.

“The organization lost $50 million dollars of revenue over the course of the pandemic,” she confirmed, “and that's a lot of work to come back from that.”

Rebounding financially as well as from layoffs and salary reductions hinges on audiences feeling safe inside Symphony Hall. Among the changes made to the historic building is its new, state-of-the-art ventilation system. Expected venue protocols for ticket holders include mask wearing and showing proof of vaccination or a negative COVID-19 test.

“The good news for us is, first of all, we're in Massachusetts,” Samuel said optimistically, “so we are highly vaccinated and our audiences tend to be highly vaccinated – we know that through the surveys that that we've done – so that is very comforting.”

The first few weeks of the season will be telling, and Samuel acknowledges plenty of people are still too nervous to return to indoor events. But once they do, she believes they'll have the same kind of visceral reaction she had this summer when she heard the first few notes of the BSO rehearsing Beethoven's 5th Symphony at Tanglewood.

“I really did not expect it to hit me that way,” Samuel said and remembered thinking, “Oh, my God, it's an orchestra. They're playing together.” And it was wonderful, she added. 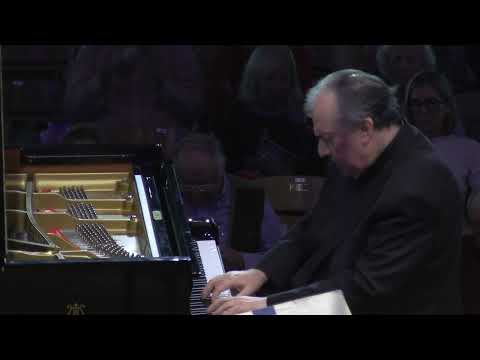 Steering the orchestra through pandemic-related challenges is top of list for Samuel. But another high priority for her is building on the BSO's responsibility to be relevant and accessible to everyone.

“The way we welcome representing different voices — whether that's artists on stage or composers or curators of different kinds of events or partners in the community — in order to engage with audiences more broadly, people need to see themselves represented,” she said.

Samuel also wants to see more women conductors on the podium. The fact that she's the first female CEO and president in the BSO's 140-year history is not lost on her.

“There's the set of books in my office that have all the programs from the Boston Symphony from our founding,” Samuel explained while pointing out the black, bound tomes lining multiple shelves, “and there are names of some of the – well, the men – who were the CEO or the executive director at the time – so, yeah, it stands out.”

Creating role models for young women in classical music — on stage and in leadership — is important to Samuel, but she added, “I also really look forward to the moment when that's not a part of the conversation.”