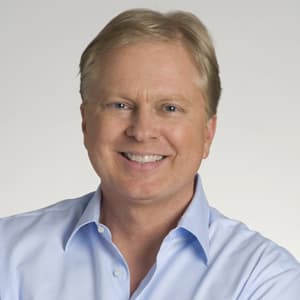 On Point host Tom Ashbrook is an award-winning journalist brought to public radio following the attacks of Sept. 11, 2001, when he was enlisted by NPR and WBUR for special coverage, after a distinguished career in newspaper reporting and editing.

Tom’s career in journalism spans 20 years as a foreign correspondent, newspaper editor and author. He spent 10 years in Asia — based in India, Hong Kong and Japan — starting at the South China Morning Post, then as a correspondent for The Boston Globe. He began his reporting career covering the refugee exodus from Vietnam and the post-Mao opening of China, and has covered turmoil and shifting cultural and economic trends in the United States and around the world, from Somalia and Rwanda to Russia and the Balkans. At the Globe, where he served as deputy managing editor until 1996, he directed coverage of the first Gulf War and the end of the Cold War.

Tom received the Livingston Prize for National Reporting and was a 1996 fellow at Harvard’s Nieman Foundation before taking a four-year plunge into Internet entrepreneurship, chronicled in his book "The Leap: A Memoir of Love and Madness in the Internet Gold Rush."

Raised on an Illinois farm, Tom studied American history at Yale and Gandhi’s independence movement at Andhra University, India. Before taking up journalism, he worked as a surveyor and dynamiter in Alaska’s oil fields, a teaching fellow with the Yale-China Association, a Hong Kong television personality, and a producer of international editions of Chinese kung fu films.